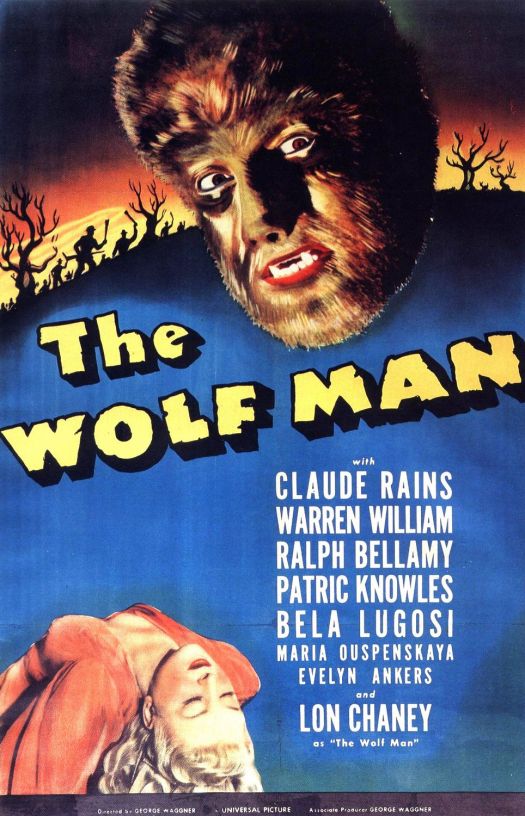 We’re heading down the Halloween Havoc! homestretch and for the last week of October I’ll be dusting of my Universal Classic Horror tapes (yes I still have a VHS player…doesn’t everybody?) From watching them on late night TV to reading about them in “Famous Monsters of Filmland” and “Castle of Frankenstein” magazines, these are the films that got me started as a life-long lover of macabre movies. So let’s take a trip down Monster Memory Lane with one of my personal favorites, THE WOLF MAN. 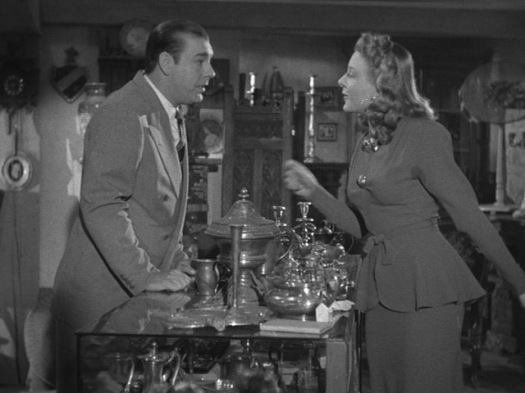 Prodigal son Larry Talbot returns to his Welsh home of Llanwelly after spending 18 years in America. Father Sir John Talbot is an astronomer, and through the telescope Larry spies beautiful village girl Gwen Conliffe. Fun loving Larry is captivated by her, so he heads to her father’s antique shop to work his charm on the lass. Larry flirts away,  and on impulse buys a cane with a silver wolf’s head attached. This is where we hear that famous poem for the first time: “Even a man who is pure at heart and says his prayers by night/ May become a wolf when the wolfbane blooms and the Autumn moon is bright”. (I tried to find a YouTube clip but no dice! Sorry!) 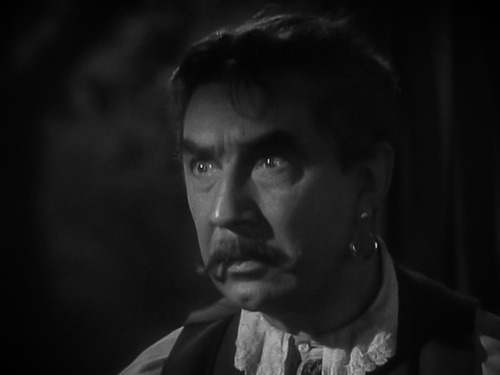 Gwen agrees to go to the gypsy camp to have their fortunes read, dragging along her friend Jenny Williams. When Bela the gypsy reads Jenny’s palm, he sees doom in her future. She’s attacked by a wolf and Larry bashes its head in with his silver cane, getting bit in the process. Gwen and Maleva, gypsy mother of Bela, bring Larry home, but the next day Bela’s dead body is discovered in the wolf’s stead. Larry’s wound is mysteriously gone, in its place a pentagram…the sign of the werewolf! 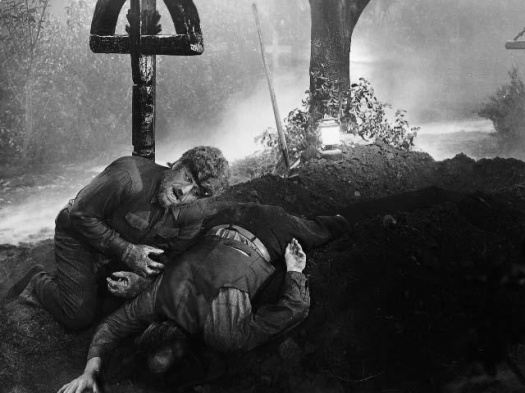 Lon Chaney Jr always said Larry Talbot was his “baby”, and the role made him a star at Universal. The transformation from happy-go-lucky Larry to conflicted, morose victim of lycanthropy earned Chaney the title of “The Screen’s Master Character Creator” in Universal’s advertising hype. Chaney is the only actor to portray all the studio’s major monsters: Frankenstein’s Monster, Dracula, and The Mummy, as well as appearing as The Wolf Man in four sequels. His roles in mainstream films like OF MICE AND MEN, HIGH NOON, and THE DEFIANT ONES brought critical acclaim, but Chaney’s lifelong battle with the bottle saw him ending his career in B-Westerns and Al Adamson schlockers. Larry Talbot was his signature role, and his contributions to cinematic horror will not be soon forgotten. 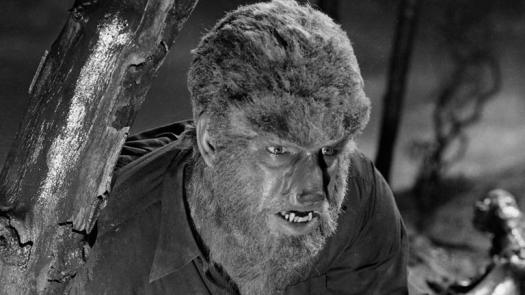 “A Universal Cast is Worth Repeating” and nowhere is that truer than in THE WOLF MAN. Scream Queen Evelyn Ankers was Universal’s go-to girl when it came to horror, and she’s at her best in this one. Bela the gypsy is of course horror icon Bela Lugosi. Lugosi only gets about two minutes of screen time as the doomed gypsy, but he makes the most of it, playing the part with an understated melancholy. The Invisible Man himself, Claude Rains lends dignity to Sir John, who refuses to believe his son is a werewolf. Also giving a dignified performance is diminutive Russian actress Maria Ouspenskaya as Maleva. The twice Oscar nominated Ouspenskaya returned to the role in the sequel, FRANKENSTEIN MEETS THE WOLF MAN. Warren William, Patric Knowles, and Fay Helm (the unfortunate Jenny) lend good support, but Ralph Bellamy is annoying as the local constable.

Curt Siodmak wrote the intelligent script. The German immigrant never achieved the success of his brother, director Robert (THE SPIRAL STAIRCASE, THE KILLERS, CRISS CROSS), but was a major figure in the horror genre. His novel Donovan’s Brain is a classic, and his screenplays for THE INVISIBLE MAN RETURNS, I WALKED WITH A ZOMBIE, and THE BEAST WITH FIVE FINGERS hold up well. As for his directorial career…well, he was a good writer! George Waggner directed this one, and while his screen career is undistinguished, he found his niche working on television shows like 77 SUNSET STRIP, THE MAN FROM UNCLE, and BATMAN. Makeup artist Jack Pierce created one of his masterpieces for Chaney, and the Wolf Man’s visage still  manages to frighten. THE WOLF MAN ranks with the best of Universal’s 30s classics, and while the recent remake wasn’t all that bad, it was missing one key element. Sorry Benicio Del Toro, but you’re just no Lon Chaney Jr!