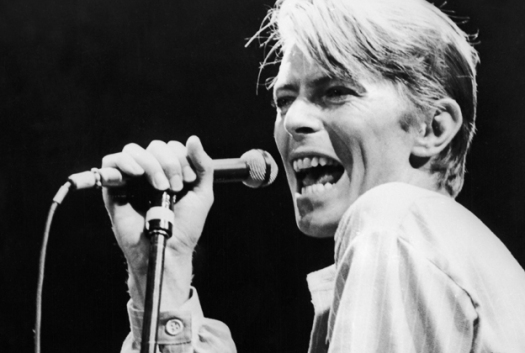 The eclectic David Bowie passed away last night, two days after his 69th birthday. He’d just released Blackstar , his 25th album, as cutting edge now as he was when The Rise and Fall of Ziggy Stardust and the Spiders from Mars blew our minds in 1972. The British Bowie, along with American counterpart Alice Cooper, changed the landscape of rock concerts forever. It wasn’t just about the music anymore, it was rock-as-theater, with elaborate costumes and stage sets. David Bowie’s visual style was as important as the music,  incorporating dance and art to create a unique experience for the audience. 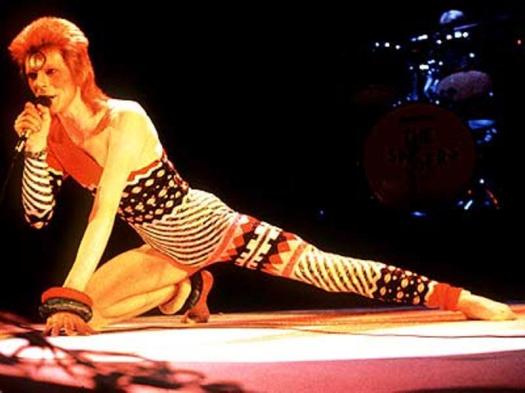 Bowie gained some success in his native England with Space Oddity, The Man Who Sold the World, and Hunky Dory before Ziggy Stardust became a phenomenon on both sides of the Atlantic. His androgynous alter ego shocked parents and knocked the laid-back folk-rockers off the charts, ushering in a new style, “glam rock”, and raising questions about sexuality that before him were strictly taboo. A slew of glam rockers followed, like T-Rex, Roxy Music, Sweet, and the New York Dolls. Brits Mott the Hoople scored on the charts with Bowie’s “All the Young Dudes”, and he revitalized Lou Reed’s career by producing the LP Transformer, featuring the hit “Walk On the Wild Side”.

But David Bowie wasn’t an artist that could be pigeon-holed. He constantly reinvented himself, from the Philly soul of Young Americans (with guest collaborator John Lennon), to the avant-garde Euro electronica of Low and Heroes, to the New Wave funk of Let’s Dance (introducing a young guitarist from Texas named Stevie Ray Vaughn to the world). The ever evolving Bowie recorded duets with the likes of Mick Jagger(“Dancing in the Streets”), Queen (the classic “Under Pressure”), and even old crooner Bing Crosby (“The Little Drummer Boy/Peace On Earth“). I was privileged enough to have seen him on his 1983 “Serious Moonlight” tour, driving four hours to Hartford, Connecticut to watch one of the best concerts I’ve ever seen, a two-hour plus extravaganza in which Bowie supposedly had a hand in designing the sets and costumes.

A visual artist like David Bowie was a natural for the movies, and his flair for the dramatic made him a fine actor. Bowie wowed screengoers in Nicholas Roeg’s 1976 sci-fi drama THE MAN WHO FELL TO EARTH, and made an impression in the erotic vampire film THE HUNGER (1983). He’s scary as the Goblin King in Jim Henson’s LABYRINTH, and makes a fine Pontius Pilate in Scorsese’s THE LAST TEMPTATION OF CHRIST. Other notable roles were in JUST A GIGOLO (1978, with legendary Marlene Dietrich in her last film), the WWII drama MERRY CHRISTMAS, MR. LAWRENCE (1983), John Landis’s INTO THE NIGHT (1985), as his friend Andy Warhol in BASQUIAT (1996), and Nikola Tesla in THE PRESTIGE (2006).

David Bowie’s music and movies have stood the test of time because he changed with the times, always at the vanguard of art. Major Tom/Ziggy Stardust/The Thin White Duke were all the alter egos of one brilliant performer, an artist always one step ahead of the rest. He’s one of my rock heroes, and he’ll be missed. Job well done, sir.