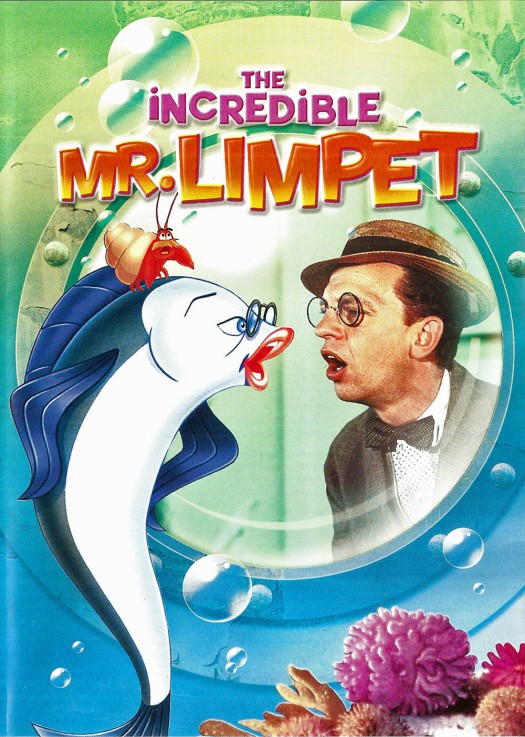 Don Knotts’ popularity as Deputy Barney Fife on TV’s THE ANDY GRIFFITH SHOW led to his first starring feature role in THE INCREDIBLE MR. LIMPET. Knotts plays milquetoast Henry Limpet, a hen-pecked hubby and military 4-F who longs to be a fish and magically gets his wish. This Disneyesque fantasy-comedy benefits greatly from Knotts’ vocal talents and the animation of “Looney Tunes” vet Robert McKimson. In fact, the whole film would’ve been better off as a complete cartoon, because the live-action segments directed by Arthur Lubin distract from the aquatic antics of Limpet as an animated fish. 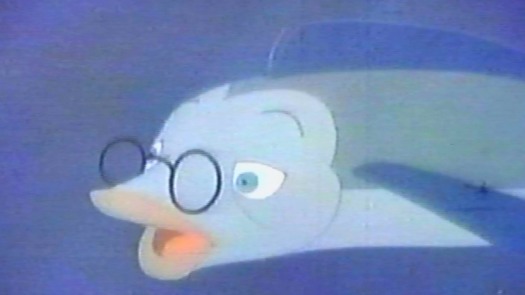 Lubin was a former Universal contract director noted for five Abbott & Costello films (including their first, BUCK PRIVATES), the Francis the Talking Mule series, and TV’s MR. ED. You’d expect lots of slapstick with a resume like that, but no such luck. Instead, Knotts is put through some domestic paces with shrewish wife Carole Cook and obnoxious best bud Jack Weston. No wonder he was happier as a fish! 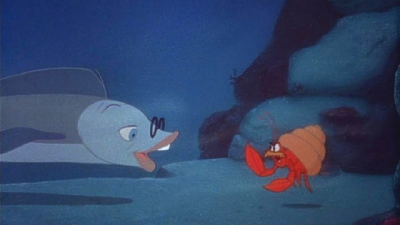 THE INCREDIBLE MR. LIMPET comes to life when the animation takes over. Robert McKimson was a stalwart of the Warner Bros. cartoon factory, creating among others Foghorn Leghorn, The Tasmanian Devil, Speedy Gonzalez, and Hippity Hopper (the boxing kangaroo). The fish Limpet meets a new friend, Crusty the hermit crab (voiced by the ubiquitous Paul Frees) and a lady fish named Ladyfish (Elizabeth MacRae, no stranger to Mayberry herself. She was Gomer’s girlfriend LouAnn Poovie on GOMER PYLE USMC). Limpet develops a sonic roar dubbed “thrum”, and uses it to help the U.S. Navy combat Nazi subs. Soon Limpet is given a Lieutenant’s commission, much to the chagrin of Captain Harlock (Andrew Duggan) and Admiral Spewter (Larry Keating). 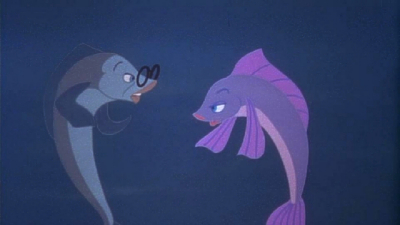 The live action/animation scenes are well done, and there are some forgettable songs thrown in by Sammy Fain and Harold Adamson. On the whole it’s an enjoyable if inconsequential film for kiddies and family viewing. Don Knotts went on to do a series of 60’s family comedies, like THE GHOST & MR. CHICKEN, THE RELUCTANT ASTRONAUT, and THE SHAKIEST GUN IN THE WEST. He eventually went to Disney for films such as THE APPLE DUMPLING GANG and HERBIE GOES TO MONTE CARLO. Returning to TV as wanna-be playboy Ralph Furley in the 70’s “jiggle” sitcom THREE’S COMPANY,  Knotts is best known to modern audiences as the cable repairman in PLEASANTVILLE. But his movie career never did take off the way he wanted it. Don Knotts will always be Barney Fife to his fans from now til eternity, and that’s not such a bad way to be remembered. THE INCREDIBLE MR. LIMPET will bring a few smiles to you though , and is worth a look for the animation artistry of Robert McKimson.

20 Replies to “I Wish I Were A Fish: Don Knotts in THE INCREDIBLE MR. LIMPET (Warner Brothers 1964)”