It’s hard to believe, but that wild-tempered waterfowl Donald Duck made his first appearance 82 years ago in the 1934 Disney short THE WISE LITTLE HEN, part of the ‘Silly Symphonies’ series. Donald’s next film ORPHAN’S BENEFIT teamed him for the first time with frenemy Mickey Mouse, beginning a comic rivalry that lasts to this day. The immoderate mallard began starring in his own cartoons in 1937, begetting a cast of characters such as girlfriend Daisy Duck, nephews Huey, Dewey, and Louie, and uncles Ludwig Von Drake and Scrooge McDuck. 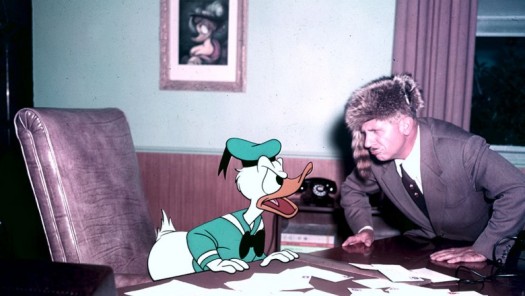 Donald’s flying-off-the-handle personality and riotous fits of anger caused fits of laughter for generations of moviegoers. He made the perfect foil for straight-mouse Mickey, and carried the brunt of their comedic load. The quacking voice of Clarence “Ducky” Nash went a long way towards putting Donald’s over-the-top antics over the top. Every kid tried to imitate that unique duck-like voice (admit it, you did too!). Nash voiced Donald for fifty years until his death in 1985, when animator Tony Anselmo assumed the mantle. 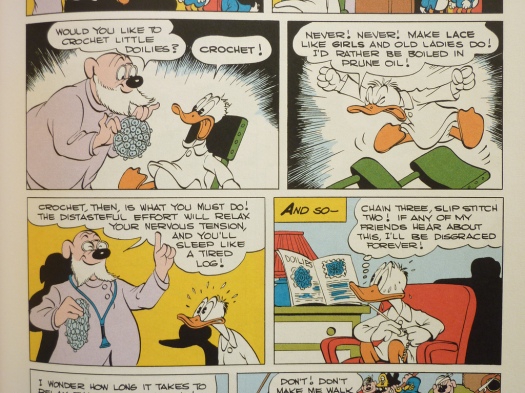 The ballistic bird also found fame on television, video games, Big Little Books, and most memorably in a comic book series by legendary illustrator Carl Barks that are worth big money to comic collectors today. Donald even won an Oscar for 1943’s DER FUEHER’S FACE. In fact, he made many a patriotic propaganda film during the World War II era, including THE SPIRIT OF ’43, where the question is posed to pay your taxes or support the Axis:

So happy birthday to my second favorite animated duck (sorry, but Daffy’s #1 in my book!). Long may you rant and rave! 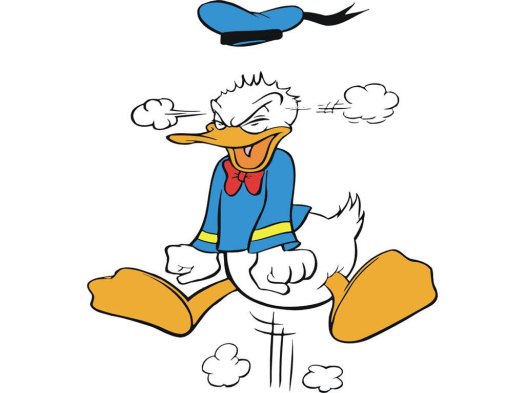