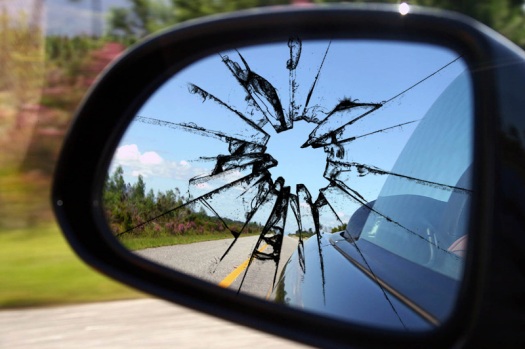 On June 26, 2015, I published my first post, a look at the 1941 Peter Lorre film THE FACE BEHIND THE MASK (appropriate, since today is Mr. Lorre’s birthday). Since then, Cracked Rear Viewer has published over 280 posts, covering mostly classic movies. It’s been a year in which I’ve left my long-time job to take a new position, only to have the rug pulled from under me when my program was defunded by the government. Fortunately, I’ve managed to land on my feet relatively unscathed, at least for the moment. My love for spreading the gospel of Classic Films, however,  has not dissipated, and despite continuing time constraints, I’ve been able to keep this blog going strong.

That’s directly because of you, Dear Readers, who’ve supported my efforts to bring you ‘Fresh Takes on Retro Pop Culture”. Though I mostly deal with classic film, I’ve also sprinkled in some looks at books, television, and music I thought would be of interest to you. We’re now 250 followers strong (not including reposts to Facebook, Twitter, and the good people at THROUGH THE SHATTERED LENS) and viewership continues to grow. Over 11,376 views and counting, with over 6,367 visitors as of this morning. The USA is #1 with 7,642 views, followed by Great Britain, Canada, Germany, and France,  with Australia and Spain in hot pursuit. Never did I imagine I’d gain an international following!

The posts you’ve liked best are an eclectic mix to be sure, due to the eclectic nature of this blog. Here are links to the Top 20 posts of the past year: 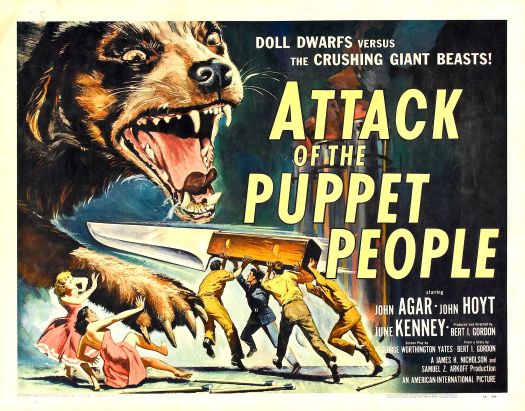 My Living Doll: ATTACK OF THE PUPPET PEOPLE

Happy Birthday Robert Mitchum: OUT OF THE PAST

Beyond Redemption: 1947’s BORN TO KILL 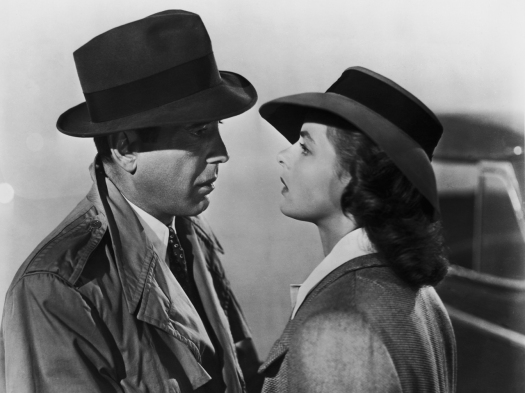 Top Ten Reasons CASABLANCA is The Greatest Movie Ever Made!!

Have a Bucket of Fun!: THE KENTUCKY FRIED MOVIE

A Dying Man, Scared of the Dark: John Wayne in THE SHOOTIST

The Devil Made Me Do It: EQUINOX 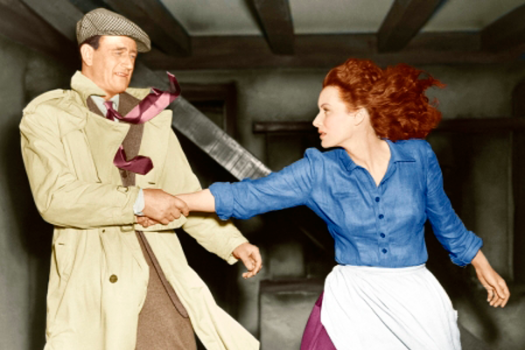 (another tie) I Wish I Were A Fish: Don Knotts in THE INCREDIBLE MR. LIMPET

A Star is Born in Monument Valley: John Wayne in John Ford’s STAGECOACH 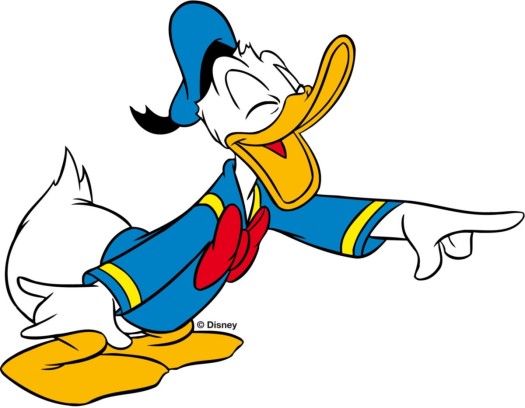 I initiated some continuing series early on, and “Cleaning Out the DVR” has proved the most popular, with capsule descriptions of five different films. Other series have been “That’s Blaxploitation!”, “Pre-Code Confidential”, and “Rockin’ in the Film World”, with a possible new series in the works (stay tuned!). October’s “Halloween Havoc!” horror marathon was both successful and challenging, and will return this year with a post a day on your favorite monster movies (I’ll definitely  be getting a head start this season!).

So thank you one and all who follow this labor of love, and I hope to continue doing it for years to come. I’d like to end here with a request for some feedback from you Dear Readers. What would you lie to see more of here, what would you like to see less of? Are there any specific films or actors you’d like to see covered? You guys make this site happen, and your feedback is important to me, so let me know! And again, thank you for reading Cracked Rear Viewer!

15 Replies to “A YEAR OF CRACKED REAR VIEWING!”