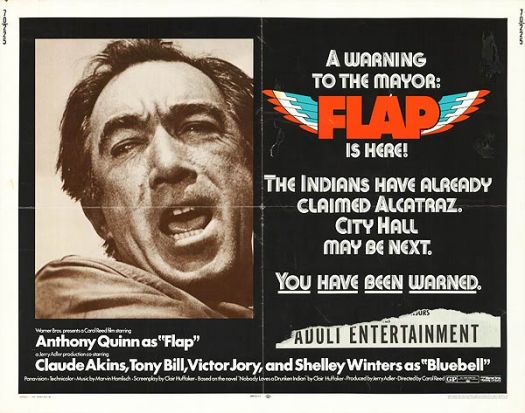 FLAP is an attempt by director Sir Carol Reed to jump on the late 60’s/early70’s “relevance” bandwagon by depicting the modern-day mistreatment of the American Indian. It’s a seriocomic character study that struggles to find it’s identity, and as a result fails at both comedy and drama.

FLAP is Flapping Eagle, an ex-soldier living back on the reservation who’s “pissed off at everybody”. He’s a hard drinking man, as is just about all the Indians here, feeding into the stereotypical “drunken Indian” image. Flap’s had enough of the noise coming from construction workers building a highway project right next to the rez, and causes a fracas between the hardhats and the Indians, damaging a bulldozer in the process. Native Wounded Bear (who has a correspondence school law degree) points out the highway is gong through sacred burial ground, which turns out not to be the case. Everyone’s up in arms, especially local cop Rafferty, who has it in for Flap.

Flap and his drinking buddies (dim Lobo, young writer Eleven Snowflake, Wounded Bear, storekeeper Looking Deer) decide to become revolutionaries, and derail a train to the rez, claiming it as abandoned property on their land. When Rafferty shoots an elder’s dog who’s always biting at his ankles, Flap has a confrontation that lands the cop in the hospital. The old man dies of a heart attack, and according to an old treaty, if a tribal member dies as a result of malicious intent on the white man’s part, the tribe can reclaim all the land they can walk to from sunup to sundown, resulting in the entire tribe, led by Flap, marching to Phoenix to take over the town. A near riot breaks out, but Flap is assassinated by Rafferty from his hospital window (conveniently placed in the center of town). 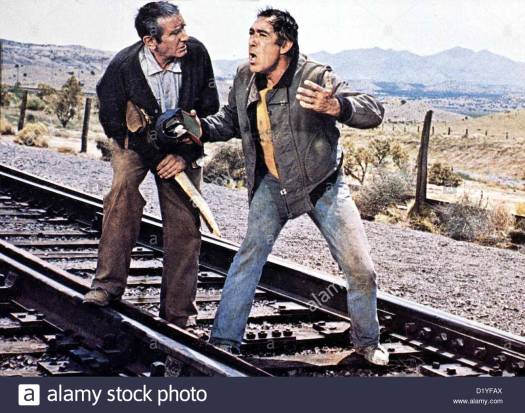 Anthony Quinn plays Flap like a Native American Zorba. That’s not a put-down; Quinn’s the best thing about the film. The two-time Oscar winner had been in pictures since 1936, and knew just what buttons to push to win audience sympathy. The problem’s not Quinn, it’s his character (or any character here) isn’t fully fleshed out by screenwriter Clair Huffaker, adapting his own 1967 novel “Nobody Loves a Drunken Indian”. Huffaker was an uneven writer who produced some good scripts (FLAMING STAR , 100 RIFLES) and bad (HELLFIGHTERS, TARZAN AND THE VALLEY OF GOLD). FLAP falls into the latter category. 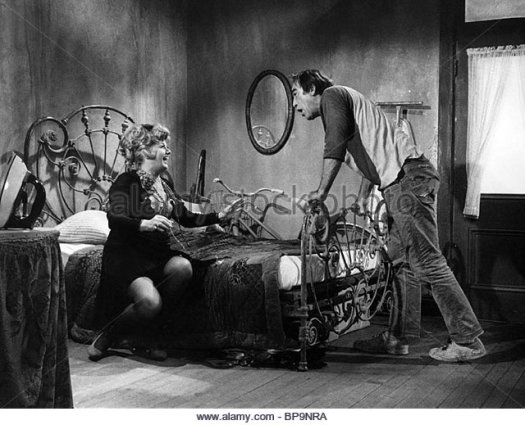 Carol Reed was coming fresh off his Oscar-winning success of 1968’s OLIVER! when he took on this project. Sir Carol made a number of true classic films: ODD MAN OUT, THE THIRD MAN, OUR MAN IN HAVANA. Sadly, FLAP is not among them. Maybe if all concerned had settled on a pure comedy, or gone the other way with stark drama, FLAP would’ve been a better movie. As it stands, I would recommend you skip this one and look into three other movies of the time dealing with the problems of Native Americans; Arthur Penn’s LITTLE BIG MAN, Abraham Polonsky’s TELL THEM WILLIE BOY IS HERE, and Ralph Nelson’s SOLDIER BLUE.