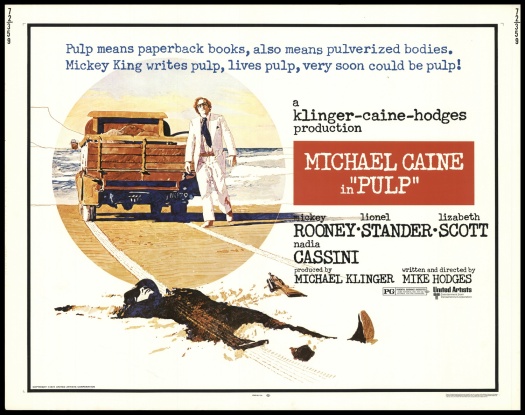 They had the hook in me, and I was caught like a large mouth bass. The bait was the stuff my dreams were made of, a heady concoction of gangsters and femmes fatale, of faded Hollywood stars and references to Mickey Spillane and Ross MacDonald. I had let my guard down and plunged headlong into the trap, forgetting you can’t judge a book by its cover, especially one luridly titled PULP. 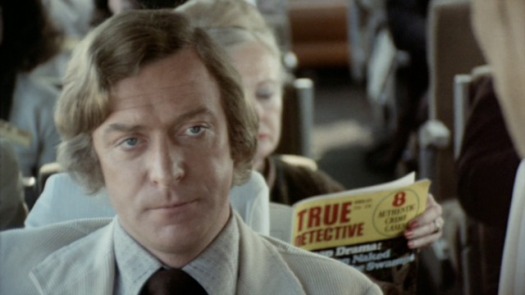 It all started so promisingly. I was introduced to Mickey King, a second-rate English hack writing under the pseudonym “Guy Strange”, scribbler of paperback trash like “Kill Me Gently” and “My Gun is Long”. Mick’s paid a visit by a gravel-voiced goon called Dinuccio, a Neanderthal throwback who hires the wordsmith to ghost a biography for his mysterious boss. Next thing Mickey knows, he’s on a tour bus and told he’ll be contacted. An American named Miller could be the one, but Miller soon turns up dead, knifed in a bathtub that was supposed to be Mickey’s. The room gets cleaned and the body vanishes, and Mickey’s met by Liz Adams, a gorgeous young dame whose sugar daddy is none other than ex-Hollywood movie gangster Preston Gilbert. 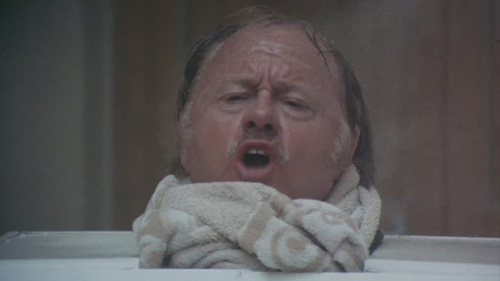 It’s Preston who summoned Mickey, eager to tell his story before he goes to meet his maker. Mickey’s taken to the old ham’s island villa to work on the bio. Dinuccio’s there too, and after a week passes, they return to the mainland. Preston goes back every year to commemorate his father’s death, but this year he joins pop as he gets rubbed out by a priest. Mickey’s told Preston held a deep, dark secret involving an old scandal, and the powers that be want to keep it very confidential, hush-hush, and on the QT. The writer in Mickey won’t let it rest in peace though, and he discovers that truth can be stranger than fiction.

PULP runs out of steam quicker than a broken iron. Writer/director Mike Hodges had made the previous year’s GET CARTER, a British gangster saga that was a hit on both sides of the ocean. He reteamed here with CARTER’s star Michael Caine , but the film doesn’t quite gel. Most of the blame goes to Hodges’ meandering script, which starts out so good before fizzling like a wet firecracker. Caine (who also produced) is fine as the purveyor of potboilers caught up in this mess, but the material he’s given isn’t up to par. 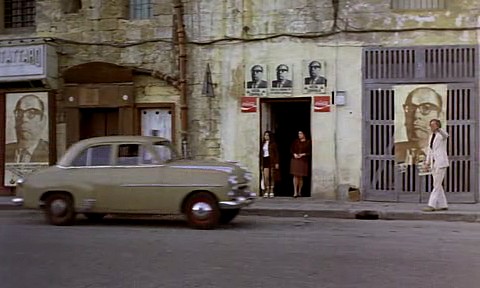 Mickey Rooney plays Preston Gilbert, and he’s… well, subtle he ain’t! Rooney had a tendency to go over the top, which works for slapstick farce like IT’S A MAD MAD MAD MAD WORLD , but in this he needed to be more reigned in by director Hodges. Screen vets Lionel Stander (Dinuccio) and Lizabeth Scott are on hand, but aren’t given much to work with. Nadia Cassini (Liz) was known mostly for her Italian sex farces. Al Lettieri (Sollozo in THE GODFATHER) appears all too briefly as Miller. Dennis Price (KIND HEARTS AND CORONETS) plays a “Mysterious Englishman” with a Lewis Carroll obsession. Robert Sacchi, whose claim to fame was an uncanny resemblance to Humphrey Bogart, plays a Bogie-esque cop for no other reason than he looks like Bogie.

PULP didn’t work for me at all. The intriguing premise fell flatter than an all-night diner’s pancake before the film was halfway through. It tries hard, but Hodges’ script and direction leave the film colder than a dead mackerel. Better you should go find a good 40’s B&W noir, and skip this soggy bowl of PULP entirely.