The world just got a little sadder. News has been released that funnyman Gene Wilder has passed away at age 83 from complications due to Alzheimer’s Disease. Wilder was without question one of the greatest comic actors of the late 20th Century, beloved by both filmgoers and peers for the manic energy he brought to his everyman characters. 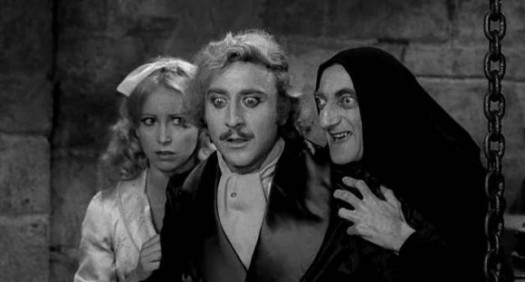 Born in Milwaukee, Gene Wilder (nee’ Jerome Silberman) made his film debut in the small part of Eugene, hostage of the outlaw duo BONNIE & CLYDE. He then scored the plum role of neurotic accountant Leo Bloom, caught by in Zero Mostel’s scheme to produce a Broadway bomb in Mel Brooks’ THE PRODUCERS. This was the first of three Wilder/Brooks collaborations, each one funnier than the last. BLAZING SADDLES casts Wilder as The Waco Kid, an alcoholic ex-gunfighter who helps Sheriff Bart (Cleavon Little) bring peace to Rock Ridge. Best of all was YOUNG FRANKENSTEIN (“That’s Fronkensteen!”), a hysterical send-up of the Universal horror movies of the 30’s and 40’s that’s a film buff’s dream, which Wilder co-wrote and starred as Fredrick Frankenstein, descendant of the monster maker who creates his own monster (Peter Boyle) with hilarious consequences. 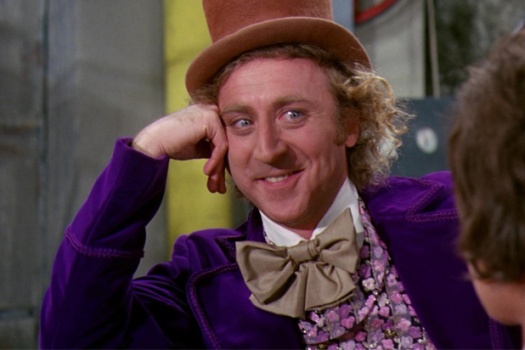 Wilder was the original Candy Man in 1971’s WILLY WONKA AND THE CHOCOLATE FACTORY, playing the delightful trickster of the title. The film wasn’t initially a hit, but gained momentum to become a cult classic beloved by millions. Wilder’s next film, Woody Allen’s episodic EVERYTHING YOU ALWAYS WANTED TO KNOW ABOUT SEX (BUT WERE AFRAID TO ASK) did hit box office gold, and Wilder’s sequence as a psychiatrist who falls in love with a sheep named Daisy, is side-splittingly funny.

In 1976, Wilder began another film collaboration, as he played opposite Richard Pryor in Arthur Hiller’s SILVER STREAK. The scene where Pryor teaches Wilder to act black, so he can escape the bad guys, is another comic gem. Their best pairing is undoubtably 1980’s STIR CRAZY, as two muttonheads framed for bank robbery and sentenced to 125 years in max. Once again, Pryor has to teach Wilder the ways of the streets by “acting tough”, (“That’s right, we bad, uh-huh”) with riotous results. As for their last two, SEE NO EVIL HEAR NO EVIL and ANOTHER YOU… well, as Joe E. Brown says in SOME LIKE IT HOT, “Nobody’s perfect”.

But Wilder’s most important collaboration came in 1981 when, while filming HANKY PANKY, he met SATURDAY NIGHT LIVE alumnus Gilda Radner. The two fell in love and were married in 1984. After making THE WOMAN IN RED and HAUNTED HONEYMOON together (both films written and directed by Wilder), Gilda began feeling fatigued, and was diagnosed with ovarian cancer. She battled bravely but succumbed to the disease in 1989, devastating Wilder. Though he did remarry a few years later, he never quite got over Gilda, his comic match.

Besides those mentioned, Wilder also wrote, directed, and starred in THE ADVENTURES OF SHERLOCK HOLMES’ SMARTER BROTHER and THE WORLD’S GREATEST LOVER, the former as Holmes’ jealous brother Sigerson, the latter a silent film spoof with Wilder as Rudolph Valentino wanna-be Rudy Hickman. Gene Wilder was one of the 70’s biggest box-office stars, a true renaissance man of the movies. He may be gone, but surely won’t be forgotten by anyone as long as there are film fans eager for classic comedy. Thanks for the laughter, Gene. You’ll be missed.

11 Replies to ““A Little Nonsense Now And Then Is Relished By The Wisest Men”: RIP Gene Wilder”