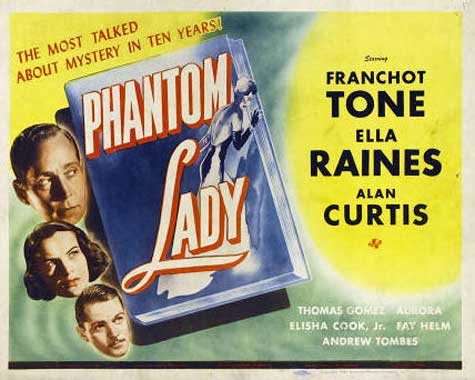 Interested in a Hitchcockian 40’s thriller full of suspense and noir style? Then PHANTOM LADY is the film for you, a small gem based on a Cornell Woolrich novel and  directed by the talented Robert Siodmak. I wouldn’t go so far as to call this film noir like many do, but it certainly contains many of the stylistic elements of the genre in its gripping murder mystery story. Pretty damn close, though!

The Hitchcock influence clearly comes from Joan Harrison , former secretary and screenwriter for The Master of Suspense, who became one of only three female producers working during Hollywood’s Golden Age. There’s Hitchcock’s famed McGuffin to be found in the form of a “crazy hat” worn by the mysterious woman of the title that’s crucial to the film’s plot. Add the tension ratcheted up by screenwriter Bernard Schoenfeld and you’ve got a Hitchcock movie without Hitchcock. 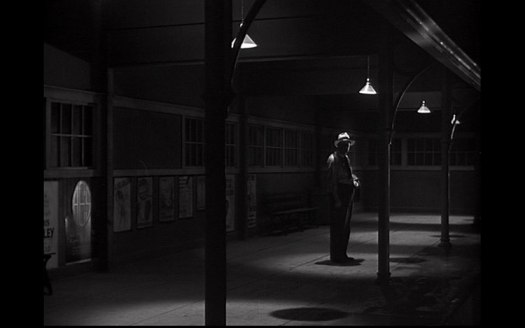 The noir elements come directly from the German Expressionist school courtesy of Robert Siodmak , soon to become one of the most influential directors in the noir canon. Working hand in hand with the brilliant cinematographer Woody Bredell, Siodmak creates a dark atmosphere loaded with shadows and light, best realized when the protagonist Kansas follows the suspicious bartender down the mean streets of New York, mostly silent until the scene’s nerve-rattling end. Another scene finds Kansas finally realizing who the killer is, now trapped alone with him in his spacious apartment. These scenes (and others in the film) are noir filmmaking all the way.

The reason I don’t consider PHANTOM LADY true noir isn’t the stylistic elements, but the film’s plot as written. The main character, Kansas, isn’t on a downward spiral, though her boss is certainly in trouble, sentenced to die for a crime he didn’t commit. It’s straightforward “find-the-killer”, well done for certain, but not in the category of other noirs produced that year, like LAURA and DOUBLE INDEMNITY. In 1944, what we now call film noir was just beginning to emerge, and though this movie is definitely filmed in the noir style, I consider it more of a straightforward suspense drama. 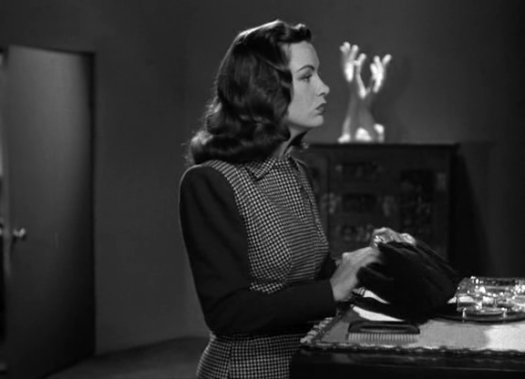 The cast is outstanding, especially Ella Raines as ‘Kansas’ Richman, working diligently to prove her boss’s innocence. This was the beautiful Miss Raines first starring role, and the actress uses her versatility and range to maximum advantage. She also appeared in HAIL THE CONQUERING HERO, TALL IN THE SADDLE (with John Wayne), the aforementioned UNCLE HARRY, and two true Siodmak noirs, THE SUSPECT and BRUTE FORCE . Raines also starred in the early TV drama JANET DEAN, REGISTERED NURSE, which was produced by Harrison. Ella Raines was never a major star, but made important contributions to Hollywood’s Golden Age, and deserves recognition for her efforts. 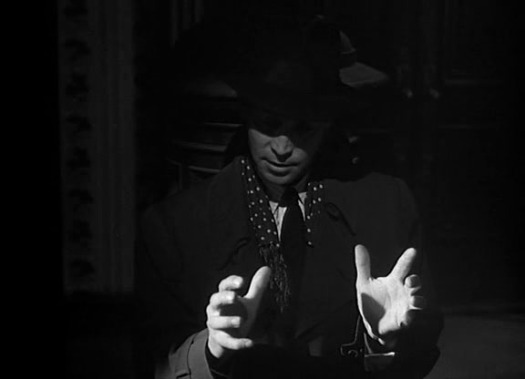 The veteran actor Franchot Tone gets top billing, even though he doesn’t appear until the film’s second half. His Jack Marlow is a chilling figure, seemingly a friend to Kansas’s boss before revealing his true, psychotic nature. The way the camera and lighting focus on his hands, seemingly having a murderous mind of their own, is effective and chilling. Universal leading man Alan Curtis is Raines’ boss, falsely accused of murdering his wife, and character actor Thomas Gomez portrays Inspector Burgess, the cop who arrests him based on the evidence at hand, yet believes in his story about the mysterious Phantom Lady. Aurora Miranda (sister of Carmen) plays a key role as an entertainer, and old friend Elisha Cook Jr. is his weaselly little self. Familiar Faces in the film include Virginia Brissac, Joseph Crehan, Theresa Harris, Fay Helm , Doris Lloyd, Matt McHugh, Jay Novello, Regis Toomey, and the uncredited voices of Milburn Stone and Samuel S. Hinds during the court proceedings. 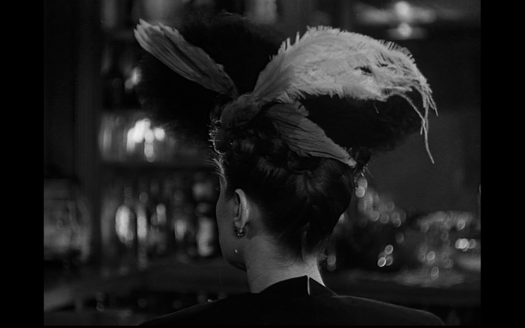 PHANTOM LADY may not completely fall into the noir genre, but whatever you want to label it, it’s a well-made, suspenseful tale from a cast and crew of professionals guaranteed to keep you entertained. It doesn’t fit neatly into a category box, and I’m okay with that. Give it a chance and make your own judgement call, either way I think you’ll be more than satisfied.