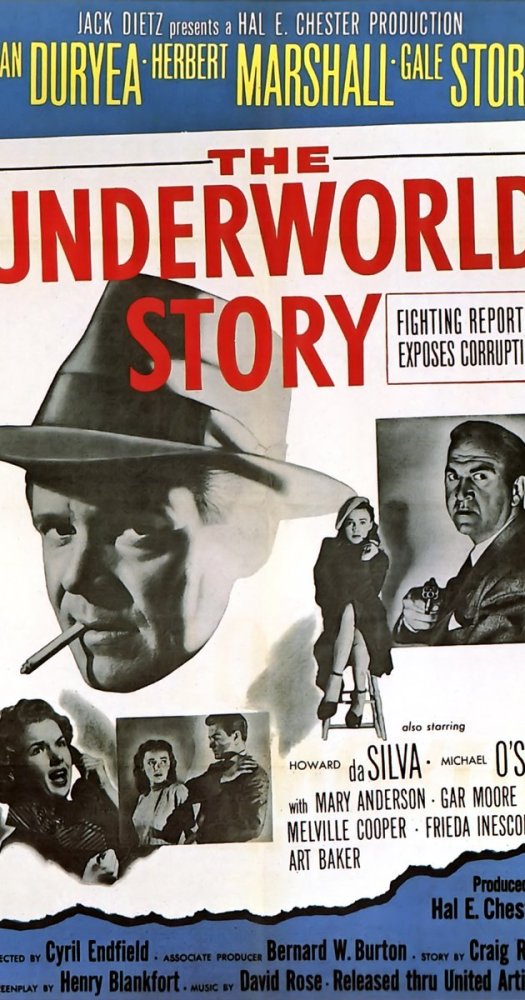 Hollywood’s favorite heel Dan Duryea got a rare starring role in THE UNDERWORLD STORY, a 1950 crime drama in which he plays… you guessed it, a heel! But this heel redeems himself at the film’s conclusion, and Duryea even wins the girl. Since that girl is played by my not-so-secret crush Gale Storm , you just know I had to watch this one! 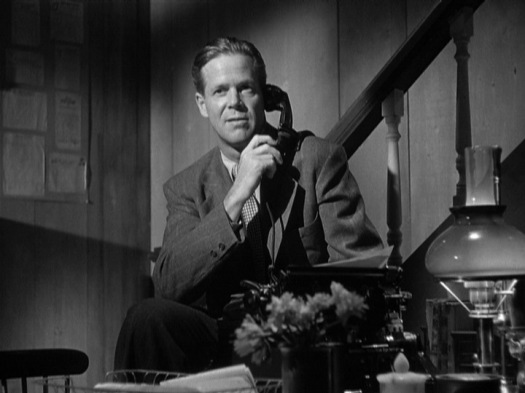 The part of muckraking tabloid journalist Mike Reese is tailor-made for Duryea’s sleazy charms. He’s a big-city reporter who breaks a story about gangster Turk Meyers spilling to the D.A., resulting in the thug ending up murdered on the courthouse steps in a hail of bullets. DA Ralph Monroe (Michael O’Shea )  puts the pressure on Mike’s editor, and Reese becomes persona non grata in the newspaper game. Seeing an ad for a partner at a small town newspaper, Mike gets a $5,000 “loan” from crime boss Carl Durham (a scary Howard DaSilva ), and hightails it to the sedate New England burg of Lakeville.

The Lakeville Sentinel is run by ‘Our Little Margie’ Miss Storm, as Cathy Harris, who inherited the failing rag from her late father. Cathy’s reluctant to take on the aggressive hustler as her partner, but is persuaded by old-time printer George “Parky” Parker (veteran Harry Shannon). Things get shaken up in Lakeville when the wife of Clark Stanton (Gar Moore), son of publishing mogul Ed Stanton (Herbert Marshall  ) is found murdered, and Mike exploits the tragedy for all its worth, leading to the frame-up of the Stanton’s black maid Molly (Mary Anderson).

THE UNDERWORLD STORY was pretty bold for it’s time in its subject matter, dealing not only with “yellow journalism”, but also issues of race and class. I had to rewind twice when rich Clark Stanton, who killed his wife and pins the blame on Molly, tells his dad, ” Who’ll believe the word of a nigger against ours?”. You just don’t hear something like that in a film made in 1950! The only complaint I have is that Anderson, who gives a sympathetic performance as Molly, is a white woman. Couldn’t the producers have hired a black actress to essay the role? It’s also implied that old man Stanton was a bit more than just fond of his daughter-in-law. The Stantons conspire to put the Sentinel out of business when Mike crusades for Molly’s innocence, using their blue-blood connections to get local businesses to stop advertising in the paper. 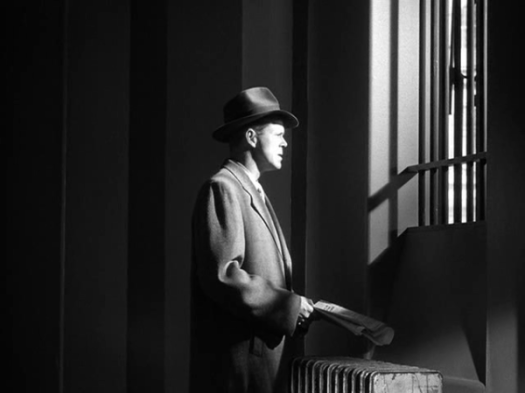 There are allusions to the HUAC hearings, as the case against Molly becomes akin to the “witch trials in old Lakeville”. Indeed, this was Howard DaSilva’s last film for awhile, as the actor wound up on the blacklist. He didn’t make another film until 1961’s DAVID AND LISA. Director Cy Enfield was also blacklisted, and had to move to England to continue his career with films like MYSTERIOUS ISLAND and ZULU. The screenplay by Henry Blankford (adapted by Enfield) contains some great, tough dialog, delivered by Duryea and company with gusto. Also of note is the cinematography by the great Stanley Cortez (THE MAGNIFICENT AMBERSONS, NIGHT OF THE HUNTER), whose keen eye adds immensely to the film despite its obvious low budget.

The Familiar Face Brigade is well represented by stalwarts like Phil Arnold, Art Baker , Melville Cooper, Ned Glass, Alan Hale Jr, Frieda Inescort, Donald “Devil Bat” Kerr (once again a photographer!), Edward Van Sloan (yes, of Universal Horror fame!), and ‘The Last Charlie Chan’, Roland Winters. But it’s Dan Duryea who runs away with the acting honors, making the most of his starring opportunity. Plus he gets to clinch Gale Storm in the end. Lucky bastard! 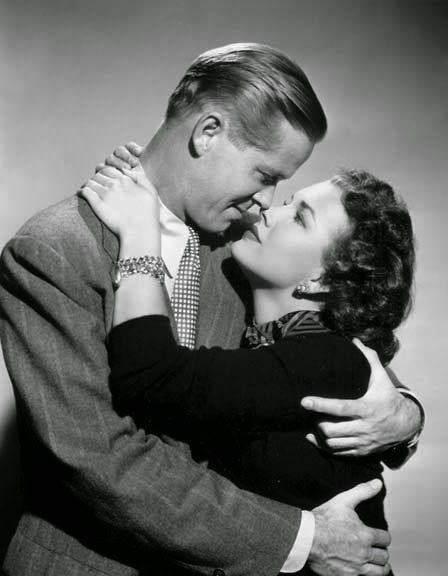 12 Replies to “Heel with a Heart: Dan Duryea in THE UNDERWORLD STORY (United Artists 1950)”