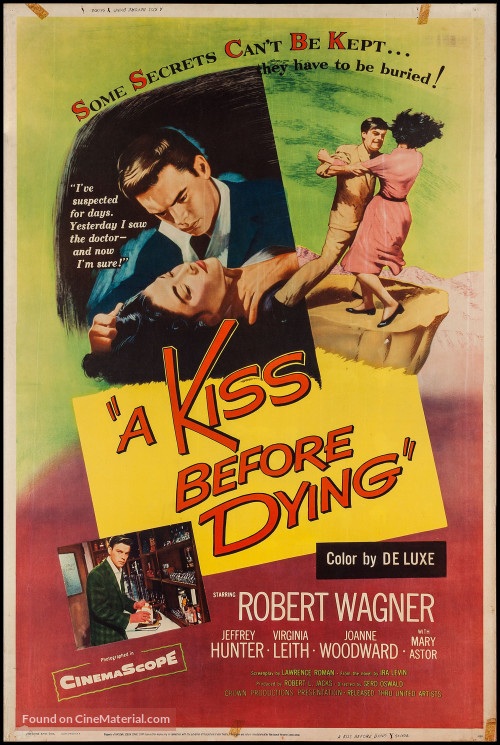 A KISS BEFORE DYING is part soap opera, part film noir, and 100% 50’s kitsch! Based on the best selling debut novel by Ira Levin (who went on to give us ROSEMARY’S BABY and THE STEPFORD WIVES), it’s also the debut of director Gerd Oswald (who went on to give us AGENT FOR HARM and BUNNY O’HARE !).  Lawrence Roman’s screenplay has some suspense, but his characters are all pretty dull and dumb, except for Robert Wagner’s turn as a charmingly sick sociopath. 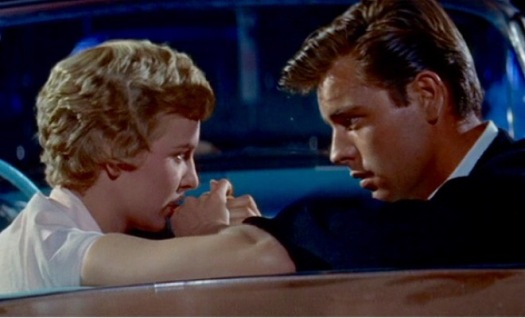 Wagner is college student Bud Corliss, from the wrong side of the tracks, dating rich but naïve Dorie Kingship (Joanne Woodward) to get his hands on dad’s copper mine loot. And when I say naïve I’m not just whistling Dixie; this girl’s downright dense! Bud, after learning she’s pregnant, decides the best thing to do is not marry her, but bump her off. He whips up some poison in the chem lab, then gets her to write a suicide note under the pretense of translating some Spanish for him. And she does! When Dorie fails to take her “prescription vitamins”, Bud lures her to the top of the Municipal Building, sweet talks her… then shoves her to her death! Woodward, in only her second picture, hated the role of clinging, gullible Dorie, and who can blame her? Fortunately, Miss Woodward did a lot better with her next film, 1957’s THE THREE FACES OF EVE, for which she won the Oscar. 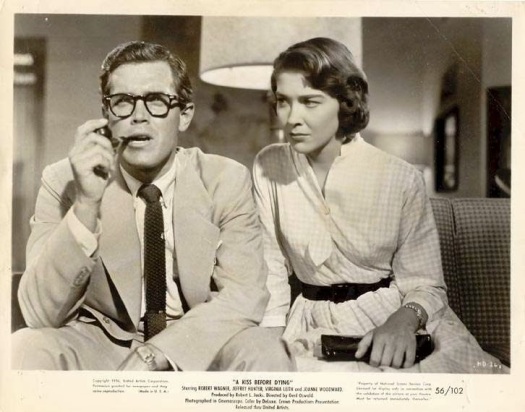 With Dumb Dorie out of the way, psycho Bud sets his sights on her sister Ellen, since no one in the family has ever seen him. Ellen’s played by Virginia Leith, best known for her role as a head in THE BRAIN THAT WOULDN’T DIE . This time, Virginia gets to emote with her full body (and what a body it is, as Groucho Marx would say!). Her cold-ass daddy is cold-ass George Macready , who had made a career out of these type roles by now. Ellen, however, doesn’t believe Dorie committed suicide, and with the help of amateur sleuth Gordon Grant (Jeffrey Hunter, looking avuncular in Clark Kent-ish hornrims and smoking a pipe), tracks down a suspect, an old flame of Dorie’s (seems the girl got around!). 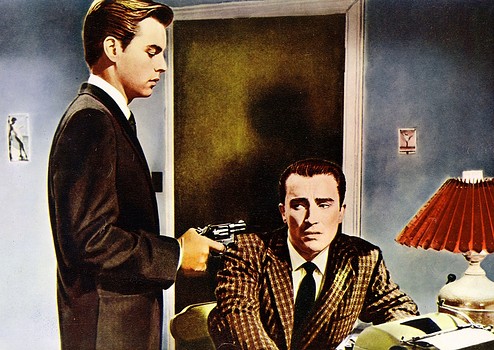 The old flame, one Dwight Powell (played by COUNT YORGA himself, Robert Quarry ), tells Ellen he wrote down the address of Dorie’s newest beau, and goes to his flat to dig it up. Bud is waiting for him, gun in hand, and forces Dwight to type up a suicide note before shooting him. Now here’s what I don’t get – the guy’s got a gun on you, sure, but instead of taking a chance and yelling for help from the neighbors, you just write the damn thing and take it? Come on, you’re gonna get shot either way, at least TRY and do something, instead of sniveling (insert squeaky voice here) “No, please, don’t”! 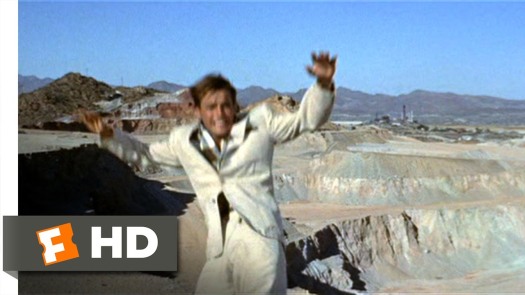 Anyway, Bud gets away, and the case of Dorie’s death is now closed. Or is it? At Bud and Ellen’s engagement party, Gordon crashes in and informs her Dwight was playing tennis in Mexico on the night of Dorie’s murder, so he couldn’t possibly have killed her. Back to square one. But wait… Gordon spies Bud coming down the stairs, and recognizes him from around the ol’ campus. Calling his uncle the police chief, he finds out Bud was indeed involved with Dorie, and he and father tell Ellen. She doesn’t believe them until she tricks him at the Kingship Copper Mines, where Bud learns just what a bitch karma is and gets his just desserts before the fade-out. 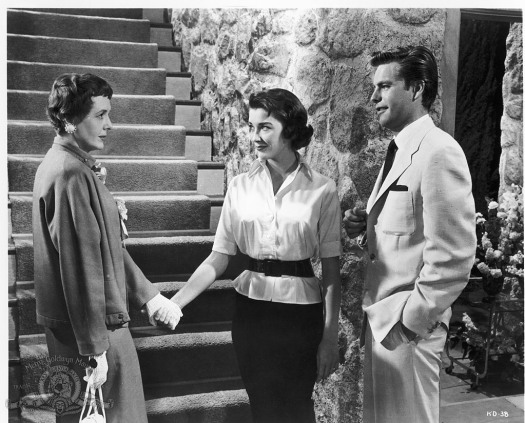 Did I mention Mary Astor returned to the screen after a seven year absence to portray Bud’s mom? No? That’s probably because the part’s so small, and the great Miss Astor is thoroughly wasted in it. Lucien Ballard’s cinematography is awash in vibrant Deluxe color, and it’s certainly a good-looking film, anyway. Lionel Newman’s lush score includes the jazzy theme “A Kiss Before Dying”. The film was remade in 1991 with Matt Dillon and Sean Young, and was universally panned by critics and audiences alike. A KISS BEFORE DYING is just begging for a proper remake, preferably one of those Lifetime Movies my friend Lisa Marie Bowman  is always writing about. Whadda ya say, Lifetime… 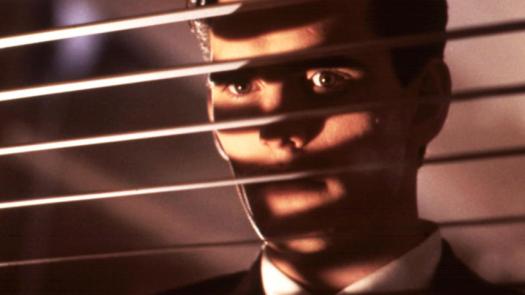