I’ve got a confession to make: I’ve had an insane crush on 70’s exploitation queen Cheryl “Rainbeaux” Smith ever since I first saw her brighten the screen in Jack Hill’s 1974 THE SWINGING CHEERLEADERS. Never a big star by any stretch of the imagination, the delightful, delectable blonde graced us with her presence throughout the 70’s and 80’s, making even the tiniest of parts memorable. This girl was just soooo damn cute!

Cheryl Lynn Smith was born on June 6, 1955. A typical California girl with blonde hair and freckles, Cheryl used to hang out on the Sunset Strip, a fixture at all the rock clubs: The Whiskey A-Go-Go, The Roxy, The Rainbow. She allegedly got the nickname “Rainbeaux” from the owner of these venues, the legendary rock impresario Mario Maglieri. Cheryl was well-known in the LA rock scene, and later in life played drums in an incarnation of The Runaways featuring Joan Jett.

Cheryl’s first claim to fame came with the 1973 cult classic LEMORA: A CHILD’S TALE OF THE SUPERNATURAL, in which the 18-year-old plays 13-year-old Lila Lee, daughter of a Deep South gangster who’s taken in by the church and dubbed “The Singin’ Angel” (she gets to warble “Just a Closer Walk With Thee” and “Rock of Ages”). This grim fairy tale is filled with bizarre imagery and sound (those creepy kids laughter!), as Lila’s Christian values are pitted against evil vampiress Lemora (Lesley Gilb). The low-budget work of writer/director Richard Blackburn (who went on to cowrite another cult hit, 1983’s EATING RAOUL) is claustrophobic and disturbing, and a must-see for horror buffs. LEMORA turns up occasionally on “TCM Underground”, and is available on YouTube (where I recently viewed it). It serves as a fine showcase for young Cheryl’s acting abilities. 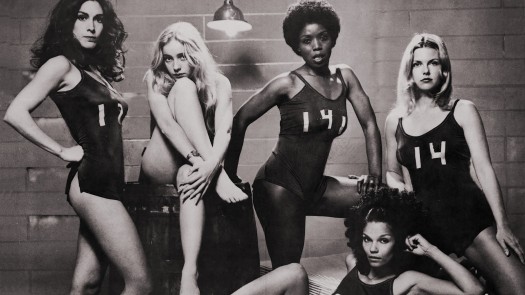 Most of her other films focus more on Cheryl’s other attributes rather than her thespic talents. 1974 was a banner year for the actress, now being billed as Rainbeaux Smith. CAGED HEAT, Jonathan Demme’s directorial debut, casts her as convicted murderess Lavelle in one of the “women in prison” genre’s best efforts, with a cast that includes Erica Gavin (BEYOND THE VALLEY OF THE DOLLS) and horror icon Barbara Steele . The aforementioned THE SWINGING CHEERLEADERS finds her as virginal Andrea, and VIDEO VIXENS has Rainbeaux in a commercial parody as “The Twinkle Twat Girl” (yes, really!).

There was more exploitation to come: In 1976’s THE POM POM GIRLS, Rainbeaux is once again a cheerleader, one of “class stud” Keith Carradine’s conquests. That same year’s REVENGE OF THE CHEERLEADERS was a milestone of sorts for her; she had become pregnant by her musician boyfriend, and appears in the end credits holding her baby boy, Justin. Another cult classic, MASSACRE AT CENTRAL HIGH, finds our Cheryl in peril being threatened by bullying rapists. SLUMBER PARTY ’57 takes Rainbeaux back to the past in a film notable only as Debra Winger’s debut. 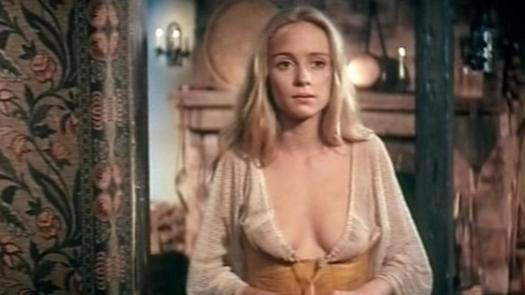 Rainbeaux got the opportunity to headline once again in 1977’s CINDERELLA, a softcore musical sex farce with heavy emphasis on the SEX! Rainbeaux (back to being billed as Cheryl here) gives a charming performance as the poor stepsister who goes to the ball thanks to her “fairy godmother” (who’s actually a gay brother!), and is given a magical “snapping pussy” that takes the prince to kingdom come! Produced by the infamous Charles Band and directed by actor Michael Pataki, it’s loads of good dirty fun, with a catchy disco-flavored soundtrack allowing Cheryl to sing once again, showing off her wonderful vocal talents (as well as the rest of her ample charms!). CINDERELLA, from the Golden Age of Erotic Cinema,  is my favorite Rainbeaux Smith role, and despite all the lewdness is well worth watching. They just don’t make ’em like this anymore! 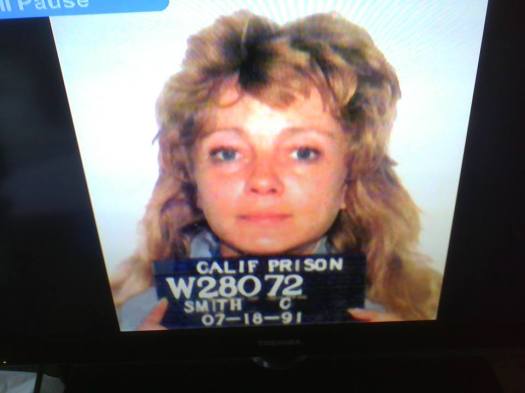 Cheryl had developed a heroin habit with her musician boyfriend, and after bits in VICE SQUAD (1982), DEAD MEN DON’T WEAR PLAID (doubling for Veronica Lake), and INDEPENDENCE DAY (1983) disappeared from the screen altogether. Her addiction led to losing custody of Justin, homelessness, prostitution, and two bids in prison. She was in and out of recovery until finally getting clean with the help of methadone maintenance, but it was too late. The ravages of heroin addiction had taken their toll, and Cheryl died of liver failure brought on by untreated Hep C on October 25, 2002. She was just 47 years old.

Cheryl “Rainbeaux” Smith never became a big star. Her films were mostly in the world of low-budget exploitation, and mainstream success eluded her. She’s fondly remembered by fans for her girl next door looks and giving her all in whatever she appeared in. She lit up the screen with her presence, and when given a chance to act (LEMORA, CAGED HEAT, CINDERELLA) proved she could’ve been bigger. Her downfall into heroin addiction is just another Hollywood cautionary tale; the movies she left behind, and her son Justin, are Rainbeaux’s brightest legacies.