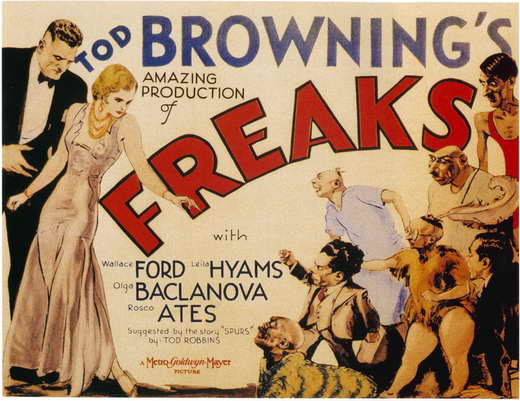 Ex-carnival and sideshow performer Tod Browning had combined his love for the macabre and carny life in films before in two silent films with the great Lon Chaney Sr (THE UNHOLY THREE, THE UNKNOWN), but with FREAKS Browning took things to a whole new level. The cast is populated with genuine “abnormalities of nature”, legless and armless wonders, bearded ladies and skeletal men, a crawling human torso and microcephalic pinheads, parading across the screen to shock and frighten the audience. Yet it’s not the “freaks” that are the monsters in this movie, but two specimens of human physical perfection, their healthy bodies hosting malice and murder.

The film opens with a sideshow barker drawing a crowd to a horror hidden in a box, victim of what happens when you dishonor the code of the freaks – “offend one and you offend them all”. A flashback introduces us to the members of this dark carnival, beginning with midget performer Hans, who has an insane crush on big person Cleopatra, a trapeze artist dubbed “the peacock of the air”. Cleo plays along, toying with Hans’s affections and making his fiancé Frieda extremely jealous. Beautiful young Venus, meanwhile, is about to leave her abusive lover, the strongman Hercules, and is taken in by nice-guy clown Phroso. 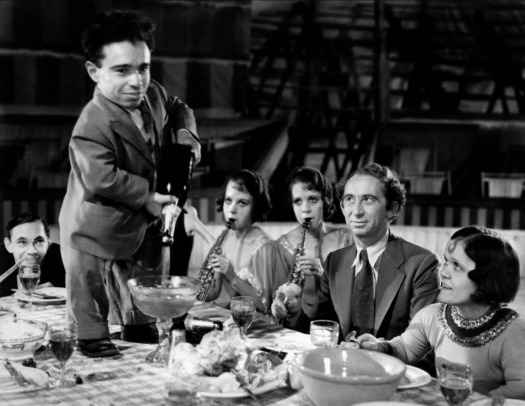 Hans showers Cleo with gifts, and she soon discovers the dwarf has inherited a fortune. The scheming siren conspires with the strongman to marry Hans and do away with him. “Midgets are not strong”, she tells her musclebound lover. “He could get sick… it could be done”. Browning takes us to the famed ‘Wedding Feast” scene, in which the freaks are partying hardy. A chant begins among them in Cleo’s honor: “Gobba gabba, gobba gabba, we accept her, one of us”, and a goblet of wine is passed around. Cleopatra is appalled by them, and when the goblet is served to her, she unleashes her fury. “Freaks! Freaks! Freaks! Get out of here!” The dejected “living, breathing monstrosities” leave the room as Cleo and Hercules humiliate Hans, perching him atop Cleo’s shoulders and parading around the tent. 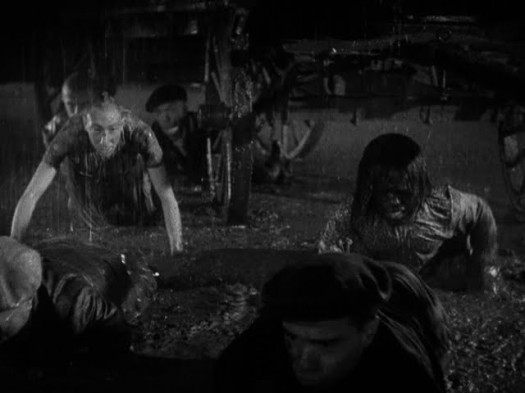 Cleopatra is slowly poisoning her new husband, but the freaks are watching from a distance. Always watching, hidden in the dark, underneath the wagons. Watching and waiting. Hans is wise to Cleo’s plot against him, and initiates a plot of his own with the help of his brethren. The circus wagons roll out during a storm, and Hans and his army of freaks confront Cleo. Hercules, trying to silence Venus, fights with Phroso. The freaks go on the attack, creeping and crawling in the darkened storm, and Hercules dies in the muddy road, as the “peacock” runs screaming into the night in the pouring rain, hunted down like an animal. The flashback ends, and the audience is shown the result in that box: Cleopatra has truly become “one of us”!

Browning’s film shocked both audiences and MGM execs, who cut a half hour from the film, then swiftly withdrew it’s release. The negative reactions to FREAKS effectively ruined Browning’s career; he’d make only four more films before retiring in 1939. FREAKS was banned in Britain, and sat unseen until the early 1960’s, when it was rediscovered by midnight movie audiences and rightly heralded as one of the best in the horror genre. Browning never knew his dark vision had been vindicated, having died in 1962.

Of the “big people” in the cast, Leila Hyams and Wallace Ford are sympathetic to the plight of the freaks as Venus and Phroso. Miss Hyams was (and is!) a Pre-Code favorite in films like THE BIG HOUSE, RED HEADED WOMAN, and THE BIG BROADCAST, also appearing in Browning’s first talkie THE THIRTEENTH CHAIR (with Bela Lugosi) and the horror classic ISLAND OF LOST SOULS. I’ve discussed Ford’s career many times; he was one of the most dependable character actors in film. Beautiful Olga Baclanova (Cleopatra) was a silent star whose transition to talking pictures was hampered by her Russian accent; in FREAKS that accent and her exotic good looks serve her well as the villainess. Henry Victor (Hercules) suffered the same fate as Baclanova, though his career was lengthened by WWII, where his German accent came in handy in Nazi roles. His horror credits include THE MUMMY and KING OF THE ZOMBIES . Other “normal” Familiar Faces include Roscoe Ates, Ed Brophy, Rose Dionne, and Matt McHugh.

But it’s the freaks themselves who are the real stars, beginning with Harry Earles as the diminutive Hans, and his sister Daisy playing fiancé Frieda; both were circus performers with extensive movie credits. The rest were recruited straight from sideshows, circuses, and carnivals, each amazing in their own right. Most well known is probably Schlitzie, the microcephalic who served as the model for Bill Griffith’s Zippy the Pinhead. She’s joined by two others, Zip and Pip. Prince Randian, the Human Torso, was born without arms or legs, and demonstrates an amazing ability to overcome his handicap. Johnny Eck, the “half-boy” who walks on his hands, is equally amazing. The famed Hilton Sisters, conjoined twins Violet and Daisy, once performed in vaudeville with no less than Bob Hope , and starred in the exploitation film CHAINED FOR LIFE. There’s Josephine Joseph (hermaphrodite), Koo Koo (the bird girl), Olga Roderick (bearded lady), Peter Robinson (human skeleton), Frances O’Connor (armless girl), and Delmo Fritz (sword swallower). Dwarf star Angelo Rossitto , who had a long and successful film career, also appears.

FREAKS will disturb some people even today, mostly those who feel the performers were being exploited by Browning. Yet these men and women took what misfortunes nature had given them and used it to their advantage to earn a living as best they could. We should be grateful Tod Browning gave them a chance to shine on the screen, especially in a movie showing them in a sympathetic light. In the world of the FREAKS, it’s Cleopatra and Hercules that are the true monsters, and their retribution, while horrifying, is justified. Browning’s dark carnival remains a masterpiece of early horror, and perfect for a dark, stormy Halloween night.