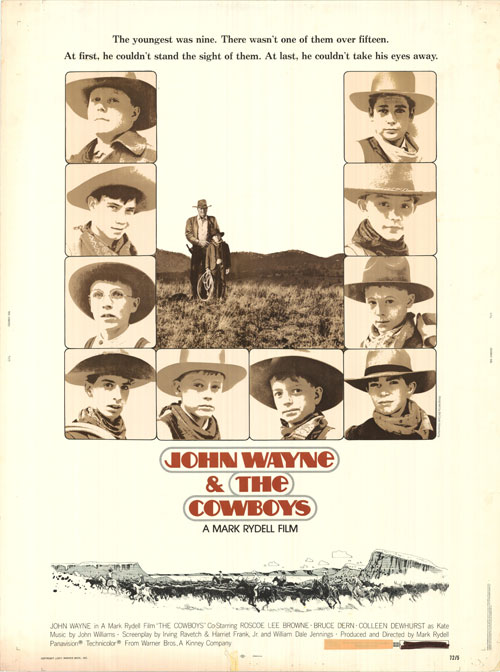 THE COWBOYS is not just another ‘John Wayne Movie’ from the latter part of his career. Not by a long shot. Duke had read the script and coveted the part of Wil Andersen, who’s forced to hire a bunch of wet behind the ears adolescents for a 400 mile cattle drive across the rugged Montana territory. Director Mark Rydell wanted George C. Scott for the role, but when John Wayne set his sights on something, he usually got what he wanted. The two men were at polar opposites of the political spectrum, and the Sanford Meisner-trained Rydell and Old Hollywood Wayne were expected to clash. They didn’t; putting their differences aside, they collaborated and cooperated  to make one of the best Westerns of the 70’s.

Andersen’s regular hands have all deserted him when gold is discovered nearby, leaving the aging rancher in the lurch. He heads for Boseman to look for recruits and, finding none, takes the advice of his old friend Anse (western vet Slim Pickens) and puts out the call at the local schoolhouse. Ten boys show up, green as grass but willing and eager to learn the ropes. An eleventh, the “mistake of nature” Cimarron, rides in, but after getting into a fight with another boy and pulling a weapon, Andersen refuses to take him along. Some older men, led by “Long Hair” Asa Watts, ask to join the drive, but when Andersen catches him in a lie he sends them packing.

Andersen’s in for another surprise when the cook he hired turns out to be a black man, Jebediah Nightlinger. The boys soon learn life on a cattle drive is no Sunday school picnic, and hardships are plentiful. Slim almost drowns crossing the river, until who rides up to save him but Cimarron. The wild child is then given a spot on the drive by Andersen, but there’s more hardship to come: Long Hair and his rustlers are following the herd, waiting for the right moment to strike…

Wayne’s Wil Andersen is an ornery cuss, tough as leather from his years as a cattleman, yet he shows a surprising tenderness toward the boys. The aging Duke gives yet another fine performance, and does marvelous work with his neophyte costars. Can you imagine being one of them, working with the legendary John Wayne! I would have killed for an opportunity like that! Wayne also works well with Roscoe Lee Browne (Nightlinger); the two have a grudging respect for each other that turns into something resembling friendship. Offscreen, the two actors discovered a mutual love for poetry – bet you didn’t know that about big, macho John Wayne!

Bruce Dern  was an actor on the rise when he made THE COWBOYS, and he’s one scary hombre. His character is mean as hell, bullying one of the kids he catches alone, threatening to slit his throat if the boy dares tells Andersen he’s being followed. When he rides into camp and menaces the youngster, Andersen loses his cool, and the two men engage in a brutal brawl.  Andersen, trouncing the younger man,  turns his back on Watts, who in a rage shoots the older man in the back five times… AND BECOMES THE MOST HATED MAN IN CINEMA HISTORY! Believe me, it was a shock to see Duke get killed on the screen back in 1972, and to this day, there are fans who’ve never forgiven Bruce Dern for murdering John Wayne – after watching that scene, I hated him for years! (But enough time has passed, Bruce – all is forgiven!) 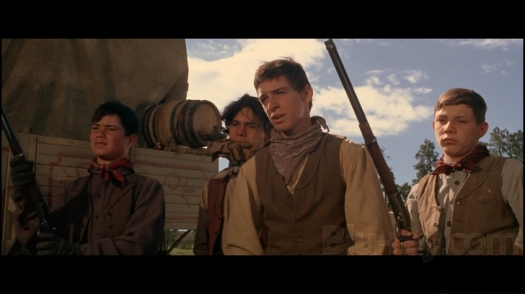 The cowboys themselves are played by Alfred Barker Jr (Fats), Nicholas Beauvy (Dan), Steve Benedict (Steve), Robert Carradine (making his film debut as Slim), Norman Howell (Weedy), Stephen Hudis (Charlie Schwartz), Sean Kelly (Stuttering Bob), A Martinez (Cimarron), Clay O’Brien (Hardy), Sean O’Brien (Jimmy), and Mike Pyeatt (Homer). They’re all good, especially when they stumble upon an encampment of whores led by Colleen Dewhurst, a scene that’s both funny and poignant. After the death of Wil Andersen, the boys decide “we’re gonna finish the job”, and THE COWBOYS becomes a revenge tale, picking off their adversaries one by one until the violent climax where Bruce Dern gets his just desserts!

Director Rydell learned his craft in the world of episodic TV (BEN CASEY, I SPY, GUNSMOKE), and had previously made THE REIVERS with Steve McQueen . Rydell had his own personal vision of what the film should be and Wayne, whose clout was enormous and easily could’ve taken control of the production over, stepped back and just acted as part of the ensemble. For his part, Rydell and cinematographer Robert Surtees paid homage to Wayne’s films with John Ford in the composition of many shots; there’s even the familiar door motif from THE SEARCHERS, and a scene of Andersen at his own children’s gravesite that echoes SHE WORE A YELLOW RIBBON . John Williams , as he did for Rydell’s previous film, contributes a memorably majestic score. 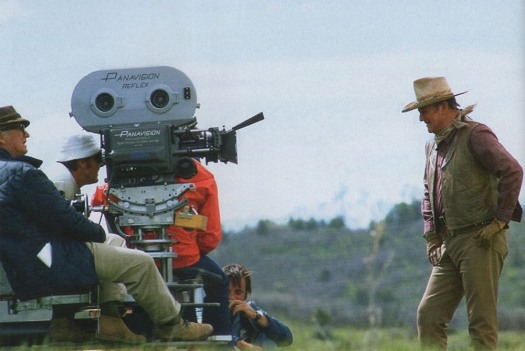 Big John Wayne was nearing the end of the trail when he made THE COWBOYS. Of his six remaining films, only THE SHOOTIST stands out as a quality piece of filmmaking. THE COWBOYS is yet another testament to his acting ability, and a damn good movie. Surrounded by an unfamiliar cast and crew, ailing from the cancer that eventually killed him, Wayne is out of his comfort zone, and gives his all in the role of Wil Andersen. It’s not a “John Wayne Movie”, it’s a movie featuring John Wayne, actor. As it turns out, THE COWBOYS is one of his best 70’s cinematic outings, and a movie I can still watch and enjoy over and over.