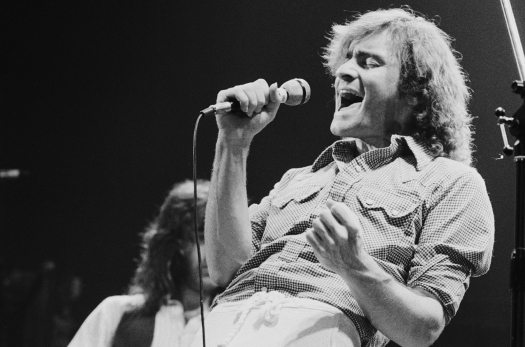 Another voice from the fabled “Summer of Love” has been silenced, as Jefferson Airplane cofounder Marty Balin has died at age 76. While co-lead singer Grace Slick got most of the attention, Balin’s soulful voice rank him among the very best rock vocalists in history.

Marty Balin was born in Cincinnati in 1942, and at age 20 recorded a couple of solo singles (“Nobody But You”, “I Specialize in Love”) that went nowhere. Migrating to the West Coast, Balin was involved in San Francisco’s burgeoning folk music scene, until The Beatles exploded in America and changed everything. By 1965, he’d opened a club called The Matrix and decided to form a band. Together with Paul Kantner, Jorma Kaukonen, Signe Anderson, Jerry Peloquin, and Bob Harvey, the first incarnation of Jefferson Airplane (a riff on bluesman Blind Lemon Jefferson’s name) was born. Harvey was replaced by Jack Cassidy, Peloquin by Skip Spence (and then Spencer Dryden), and they recorded their first album for RCA Records, “Jefferson Airplane Takes Off”, releasing the Balin-penned and sung “It’s No Secret” as their first single.

Anderson left, and Grace Slick joined the band. Her dark good looks, combined with her superb vocal talents, lifted the group in the public consciousness, and they became poster children for the hippie generation. The album “Surrealistic Pillow” yielded two Top 10 hits, “White Rabbit” and “Somebody to Love”, as well as the Balin-penned “Plastic Fantastic Lover”:

The Airplane were featured at such seminal gatherings of the era as The Human Be-In (during the height of 1967’s Summer of Love), The Monterey Pop Festival, and Woodstock, where they performed “Volunteers”:

Many of Marty Balin’s songs became staples of Airplane concerts: “Blues for an Airplane”, “Today”, 3/5 of a Mile in 10 Seconds”. But things began going sour for Balin, beginning at the infamous Altamont Speedway Free Concert, where he was knocked out by a member of the Hell’s Angels, captured by The Maysles Brothers in the 1970 documentary GIMME SHELTER:

That incident, combined with clashing egos (and escalating cocaine use) with Kantner and Slick, and the death of good friend Janis Joplin, caused Balin to leave the group in 1971. He gigged around San Francisco, until Kantner asked him to rejoin a reconfigured Airplane, now called Jefferson Starship. Marty signed on in 1975, and sang lead on their biggest hit, “Miracles”:

In 1985 he reunited with Kantner and Cassidy in The KBC Band, which led to a 1989 Airplane reunion disc and tour. Balin performed on and off, preferring to concentrate on another love of his painting:

Balin underwent open-heart surgery in 2016, and sued New York’s Mt. Sinai Hospital for neglect and side effects that included a paralyzed vocal cord. His cause of death today has not been disclosed. Whatever the case, rock has lost another legend, a brilliant vocalist and songwriter whose voice helped provide the soundtrack for the Summer of Love, and beyond. Marty Balin doesn’t get mentioned often when rock’s greatest vocalists are debated, but his name should be in that mix. He was that damn good.

4 Replies to “Sound of the Summer of Love: RIP Marty Balin”