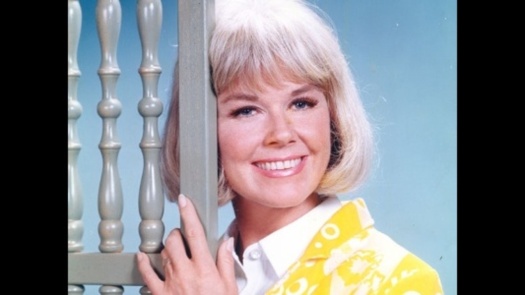 You wouldn’t think from reading most of the content I publish – Western actioners, horror flicks, film noir, exploitation trash – that I’d be a big Doris Day fan. But the first film I can remember seeing on the Big Screen is THAT TOUCH OF MINK, with Doris and Cary Grant, and I’ve been in love ever since. Talent is talent, and the iconic singer/actress, who died earlier today at age 97, had it in bucketloads. Doris’s career spanned nearly 50 years, from the Big Band Era to Cable TV, and was “America’s Sweetheart” for most of her adult life (not to mention “The World’s Oldest Living Virgin” due to her squeaky-clean screen image!).

Cincinnati-born Doris Mary Ann Kappelhoff, born in 1922, wanted to be a professional dancer, but a severe car accident in 1937 curtailed that dream. Instead she turned to singing, and became a local sensation, eventually landing a gig with Les Brown and His Band of Renown. Brown’s orchestra, carried by Day’s stylish phrasing, rose to the top of the pop charts in 1945 with a song that resonated deeply with GI’s returning home from World War II and became a jazz standard, “Sentimental Journey”:

After spending two years as the featured singer on Bob Hope’s radio show (where she honed her comedic skills), Doris was signed by Warner Brothers and made her film debut in 1948’s ROMANCE ON THE HIGH SEAS, an amusing bit of musical romantic fluff that starred Jack Carson, Janis Paige, Don DeFore, and Oscar Levant, in which she introduced the Oscar-nominated song, “It’s Magic”:

Doris was a hit with movie fans, and a series of musicals followed: MY DREAM IS YOURS, TEA FOR TWO, LULLABY OF BROADWAY, ON MOONLIGHT BAY, APRIL IN PARIS, BY THE LIGHT OF THE SILVERY MOON. She began getting some dramatic roles as well, as in  1950’s YOUNG MAN WITH A HORN, which found her as the love interest for alcoholic trumpeter Kirk Douglas. STORM WARNING (1951) found Doris enmeshed in a Southern town dominated by racism and the KKK, along with Ginger Rogers and Ronald Reagan. I’LL SEE YOU IN MY DREAMS (1951) was a box-office smash, based on the life of famed early 20th Century songwriter Gus Kahn (played by Danny Thomas). 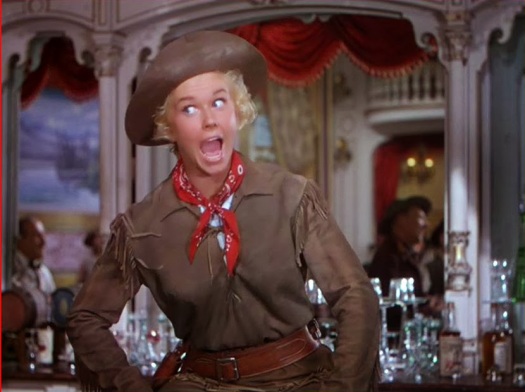 One of my personal favorite Day movies is CALAMITY JANE (1953), a rollicking musical set in the Wild West. Doris is the uncouth, rowdy legend Jane, while Howard Keel plays the object of her affections, Wild Bill Hickok. Doris gets to play broadly, mugging it up and having a grand old time, and introduces another #1 hit, the Oscar-winning “Secret Love”:

Her next two films are classics. LOVE ME OR LEAVE ME (1955) is the musical biography of famed torch singer Ruth Etting, whose involvement with gangster Moe “The Gimp” Snyder (James Cagney) shocked the nation. Alfred Hitchcock’s THE MAN WHO KNEW TOO MUCH (1956) was a remake of the director’s 1934 film about an American couple abroad (Doris and James Stewart) embroiled in international intrigue and the kidnapping of their child. Both these films were hits, and Doris was now one of America’s top 10 box office draws (an honor she held ten times, including eight consecutive years, from 1959-1966). 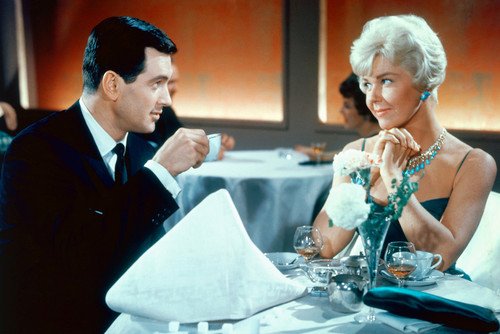 Most fans remember her screen teamings with Rock Hudson in a series of ‘sex comedies’,beginning with 1959’s PILLOW TALK. This adult-oriented farce has Doris sharing a telephone party line with swinging playboy Rock, and the battle of the sexes that ensues. Tony Randall added to the fun as Rock’s pal, and the three reunited for 1961’s LOVER COME BACK, with Doris and Rock as rival Madison Ave ad execs. Last (and my favorite of the bunch) was 1964’s SEND ME NO FLOWERS, which has Rock as Doris’s hypochondriac hubby, who thinks he’s dying. The two stars remained lifelong friends, and Doris stood by Rock’s side as he was slowly slipping away due to complications from AIDS. 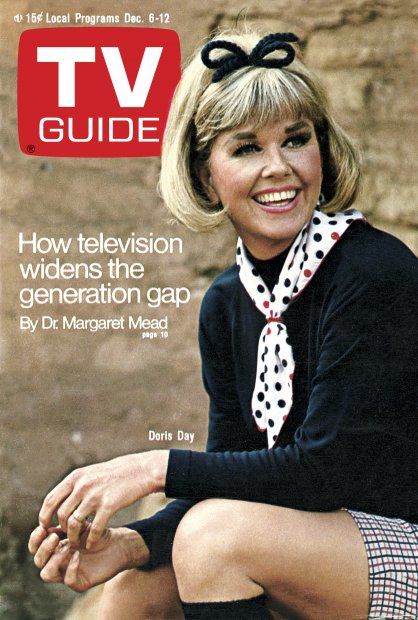 The times (and tastes) were a-changing during the 1960’s, and Doris moved to television, starring for 5 seasons on THE DORIS DAY SHOW. The sitcom went through numerous cast and setting changes during it’s run, never falling out of the top 40, but by this time Doris Day was symbolic of an earlier, more gentler era. She basically retired from show business, appearing in a few specials and talk show appearances, and hosted her own chat show, DORIS DAY’S BEST FRIENDS, on cable in the mid-80’s. Mostly, she was involved with her Doris Day Animal Foundation, and was an advocate to ‘reduce pain and suffering’ for animals worldwide. Doris Day’s passing today marks the end of an era, as Hollywood’s surviving Golden Age members are shrinking in numbers. It  may not be hip or cool to be a Doris Day fan, but if so, then I guess I’m not so hip and cool after all. God bless you, Miss Day, and thanks for the memories. 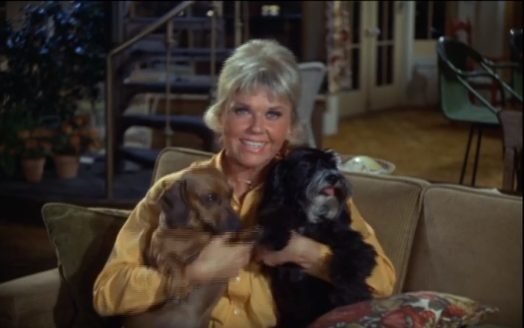 4 Replies to “Once I Had A Secret Love: RIP Doris Day”