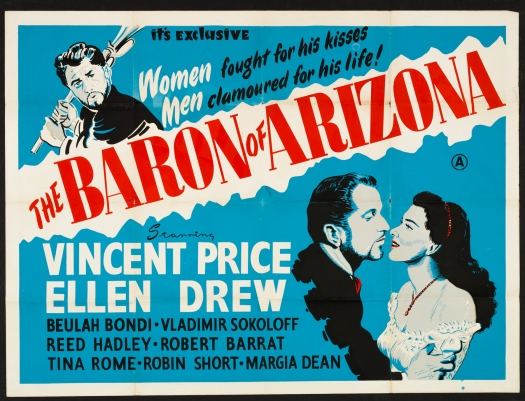 We all know and love Vincent Price for his creepy performances in horror films, from his demented Henry Jarrod in HOUSE OF WAX, to all those AIP/Roger Corman/Edgar Allan Poe shockers, to his turn as The Inventor in EDWARD SCISSORHANDS. But the actor was more than just a screen fiend, playing in many a film noir, comedies, costume swashbucklers, and even the Western genre. Our Man Vinnie got top billing in a strange little oater titled THE BARON OF ARIZONA, and as a bonus for film fans the director is a young tyro by the name of Samuel Fuller! 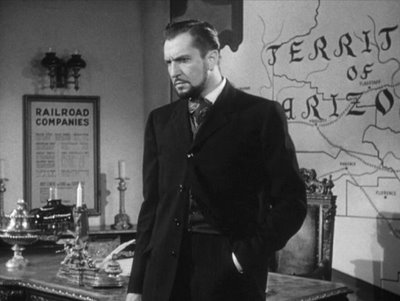 In this bloodless but gripping outing, Price plays James Addison Revis, a swindler, con man, and forger who  concocts an elaborate, grandiose scheme to gain control over the Arizona Territory in 1882. He begins his con game ten years earlier by grooming an orphaned waif named Sofia to later be declared heir to Spanish land grants, then marrying the girl when she becomes of age. The local cowboys are up in arms when Revis and his bride claim the territory as their own, going as far as throwing a bomb through the Revis’ window!

But Revis is second to none when it comes to deviousness, and his forgeries are almost perfect. The U.S. Government even offers him 25 million for the rights to Arizona, but Revis turns them down flat, and sues the Feds instead! But when Department of the Interior agent John Griff begins his investigation, things slowly start to unravel for Revis one strand at a time. When the con is revealed, Revis is almost lynched by an angry mob (in a scene that’s pure Fuller!) before he makes it to the Federal pen… 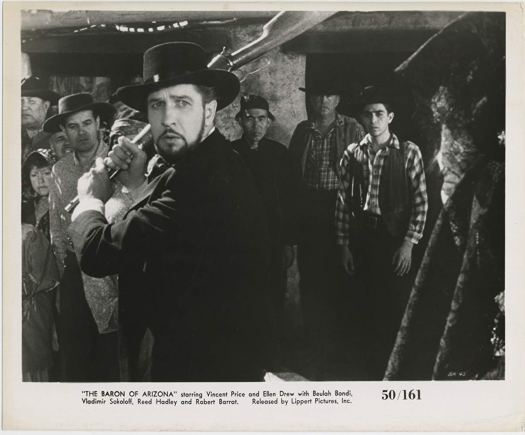 James Addison Revis is a part that’s tailor-made for the talents of Vincent Price. Based on a true story, Price’s Revis is a charming con artist who almost pulls his scheme off, and Vinnie’s at his best in THE BARON OF ARIZONA. Price has a field day as the grandiose bunco artist, and as always he’s able to say more with one arched eyebrow than any dozen lesser actors! Though he’s a thoroughly despicable cheat and crook, he also displays a tender side, truly in love with Sofia, who loves him back despite his obvious faults. 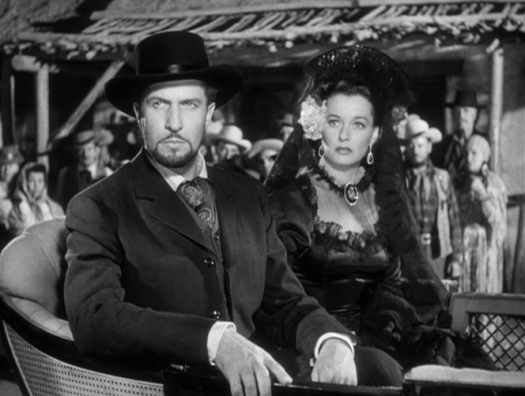 Sofia is played by another horror vet, Ellen Drew (1941’s THE MAD DOCTOR and THE MONSTER AND THE GIRL), who also does good work here, and is a standout during the courtroom scene. Seems like almost all the cast has some kind of horror connection: Vladimir Sokoloff (Pepito) later played in such fare as MONSTER FROM GREEN HELL, I WAS A TEENAGE WEREWOLF, and MR. SARDONICUS; Beulah Bondi (Sofia’s duenna Loma) costarred with Karloff and Lugosi in THE INVISIBLE RAY ; Angelo Rossitto (the gypsy Angelo) was in FREAKS and many other spookfests. And hero Reed Hadley (Griff), who also narrates, ended his career in the Al Adamson “classic” BRAIN OF BLOOD!

Sam Fuller worked as a crime reporter and pulp novelist before beginning his Hollywood career as a scenarist. After returning home from WWII, he was given a chance to direct with the low-budget Western I SHOT JESSE JAMES. The 1951 war drama THE STEEL HELMET put him on the map as a filmmaker to be reckoned with, and a string of critically acclaimed movies followed: SCANDAL SHEET, PICKUP ON SOUTH STREET, HELL AND HIGH WATER, THE CRIMSON KIMONO, SHOCK CORRIDOR. Fuller refused to play the Hollywood game, or abide by the rules, and his films are stamped with his singular artistic vision. My personal favorite is 1980’s THE BIG RED ONE, a WWII epic starring an equally singular man, Lee Marvin. Most of his movies are both violent and low-budget, yet Samuel Fuller’s films never let his audience down.

An interesting side note: Allegedly, future PLAN 9 FROM OUTER SPACE auteur Ed Wood worked on THE BARON OF ARIZONA as a stuntman. Is it possible that’s Ed doubling for Vincent Price when he tumbles off that wagon in long shot?? I don’t have any proof to back that up, but hey… stranger things have happened in Hollyweird!!

4 Replies to “Monster Con: Vincent Price in THE BARON OF ARIZONA (Lippert 1950)”