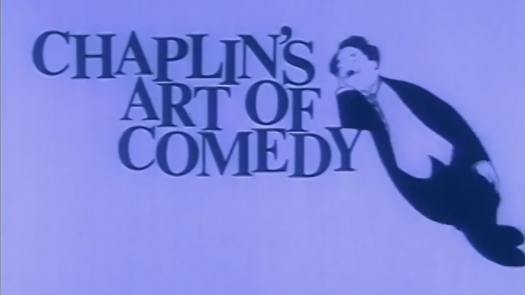 Today we celebrate the birthday of the immortal Charlie Chaplin , born on this date 130 years ago. Chaplin made his film debut 105 years ago this year, and the world hasn’t stopped laughing since! His silent comedies featuring the endurable character “The Little Tramp” (or as Chaplin called him, “The Little Fellow”) have stood the test of time, and his mix of humor and pathos elevated slapstick comedy to high art. The compilation film CHAPLIN’S ART OF COMEDY highlights Chaplin’s early efforts at Essanay Studios from 1914-15, and contains some of his best work. 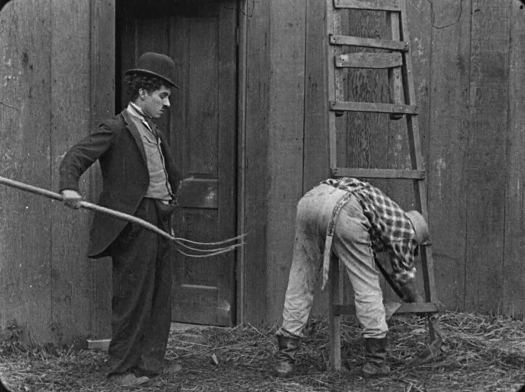 The success of Robert Youngson’s 1959 film THE GOLDEN AGE OF COMEDY (spotlighting silent luminaries like Laurel & Hardy, Ben Turpin, and others) had spawned a whole host of imitators over the next decade utilizing low-to-no cost silent footage and repackaging it into a new feature film. Some were good, others lackadaisically put together, most just out to make a quick buck. CHAPLIN’S ART OF COMEDY is more than a few notches above, thanks to the genius that was Charlie Chaplin. The film was put together by Sam Sherman, and if that name sounds familiar, you must be an Exploitation Movie Buff! Sherman was the movie-mad founder of Independent-International Pictures, producing most of low-budget auteur Al Adamson’s output (PSYCHO A-GO-GO, SATAN’S SADISTS, DRACULA VS FRANKENSTEIN, GIRLS FOR RENT, BLAZING STEWARDESSES, NURSE SHERRI), and giving work to faded stars like John Carradine, Lon Chaney Jr., Robert Livingston, Kent Taylor, and The Ritz Brothers, among other former luminaries.

CHAPLIN’S ART OF COMEDY salutes the art of slapstick comedy, which never really goes out of style. Here we see Chaplin’s Little Tramp coming into his own, with excerpts from nine Essanay classics. THE CHAMPION is a particular favorite, with down-on-his-luck Charlie becoming a sparring partner turned boxing contender. THE BANK casts The Tramp as a janitor who foils a heist (and wins the hand of lovely Edna Purviance, who costars in most of these shorts). Charlie creates mayhem at a movie studio in HIS NEW JOB, A WOMAN features him in drag trying to fool Edna’s disapproving dad, and POLICE has him an ex-con trying to go straight, until he hooks up with his former cellmate (played by future director Wesley Ruggles).

A real treat is A NIGHT IN THE SHOW, a change of pace with Chaplin playing a dual role as a tipsy playboy and a rowdy bum, based on the famous skit “A Night in an English Music Hall”, performed by Chaplin during his days with Fred Karno’s comedy troupe, where Charlie got his first break. It’s a rare chance to see what the early fuss was about, not to mention a very funny piece that still holds up well. CHAPLIN’S ART OF COMEDY is well worth your time, taking a nostalgic trip back to when comedy was king, and Charlie Chaplin was the king of ’em all!

(Oh by the way, Charlie Chaplin shares his birthday with another movie-mad, though much less famous, personality – me!!)

CHAPLIN’S ART OF COMEDY is available for viewing on The Film Detective , streaming everywhere right now! 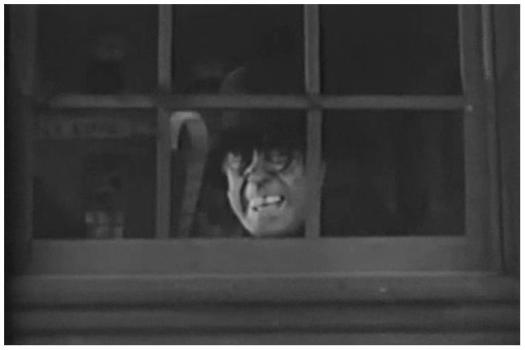 A crazy silent starring Douglas Fairbanks as “Coke Ennyday” courtesy of the blog Old Boy, which is definitely worth your while!

Movies From The Silent Era

The Mystery of the Leaping Fish (1916) is a short film starring Douglas Fairbanks and Bessie Love. In this unusually broad comedy for Fairbanks, the acrobatic leading man plays “Coke Ennyday,” a cocaine-shooting detective parody of Sherlock Holmes given to injecting himself with cocaine from a bandolier of syringes worn across his chest and liberally helping himself to the contents of a hatbox-sized round container of white powder labeled “COCAINE” on his desk.
The movie, written by D.W. Griffith, Tod Browning, and Anita Loos, displays a surreally lighthearted attitude toward cocaine and opium. Fairbanks otherwise lampoons Sherlock Holmes with checkered detective hat, coat, and even car, along with the aforementioned propensity for injecting cocaine whenever he feels momentarily down, then laughing with delight. In addition to observing visitors at his door on what appears to be a closed-circuit television referred to in the title cards as his “scientific periscope,” a…

Through the Shattered Lens

Oh my God, y’all — are you ready to see the very first horror movie ever made!?

Okay, so I guess I should be honest and admit that this is more of a comedy than a horror film.  But it was reportedly the first film ever made to contain horror elements.  (In this case, the film takes place in a haunted castle and features ghosts.)  The Haunted Castle is only 3 minutes long and it’s definitely a bit primitive but that’s understandable when you consider that The Haunted Castle was made in 1896!

The Haunted Castle was a French film and it was directed by George Melies.  Yes, the same George Melies who was played by Ben Kingsley in Hugo.

After watching and reviewing MAD LOVE last night, I thought it’d be interesting to compare the original silent version of HANDS OF ORLAC. I’ll let the visuals do the talking. Conrad Veidt stars in this 1924 classic, directed by Robert Weine. Enjoy!