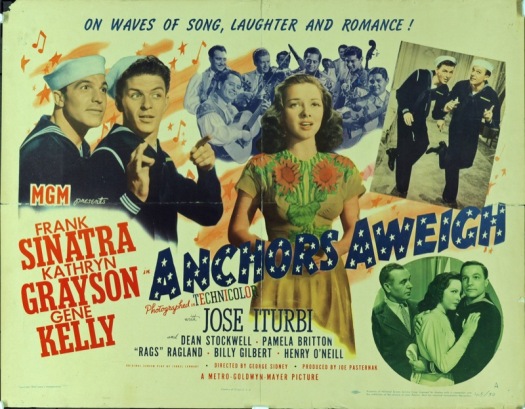 (Post-election blues got you depressed? Cheer up, buttercup, here’s a movie musical guaranteed to lift your sagging spirits!)

Gene Kelly  and Frank Sinatra’s first screen pairing was ANCHORS AWEIGH, a fun-filled musical with a Hollywood backdrop that’s important in film history for a number of reasons: it gave Kelly his first chance to create his own dance routines for an entire film, it’s Sinatra’s first top-billed role (he was red-hot at the time), it gives viewers a glimpse of the MGM backlot in the Fabulous 40’s, and it features the iconic live action/animation dance between Kelly and Jerry the Mouse (of TOM & JERRY fame). It’s a showcase of Hollywood movie magic, and was nominated for five Academy Awards, including Best Picture, Actor (Kelly), Color Cinematography (Charles P. Boyle), and Song (Jule Styne & Sammy Cahn’s ” I Fall in Love Too Easily”), winning for George Stoll’s Best Original Score. 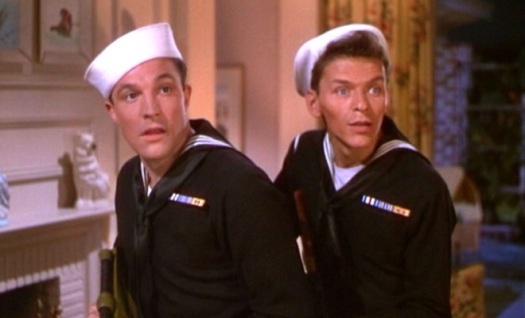 The plot’s pretty basic: Kelly and Sinatra are two sailors on four-day shore leave in Hollywood. Kelly’s a notorious wolf, ready to go out and chase “dames”, while Sinatra’s the shy type (a former assistant choirmaster from Brooklyn!). Kelly once saved Sinatra’s life, so now Frank feels Gene “owes” him, and wants to learn how to pick up girls. They come across a little boy (cute-as-a-button Dean Stockwell) who’s run away from home to join the Navy. They return the tyke to his pretty Aunt Susie (Kathryn Grayson), an extra trying to break into movies who Frank falls for. Kelly concocts a yarn about Sinatra being friends with famous conductor/pianist Jose Iturbi, and promises Aunt Susie an audition. He’s also fallen for her, though he tries to deny his feelings, and the usual musical comedy complications develop. 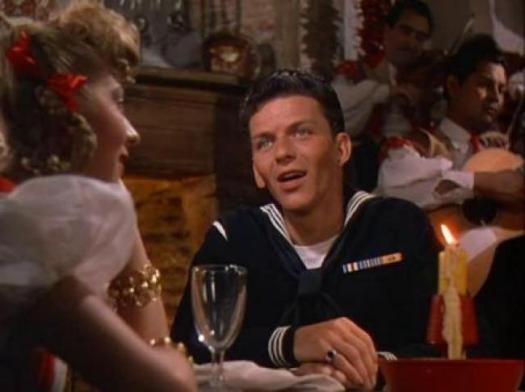 What’s important about ANCHORS AWEIGH isn’t the thin plot, it’s those incredible musical numbers that help carry it from routine fluff to a higher level of art. Kelly and Sinatra perform together on “We Hate to Leave”, “I Begged Her”, and “If You Knew Susie” (a raunchy tune with funnyman Grady Sutton as Grayson’s would-be suitor). If you look closely at the dance numbers you can see Frank’s eyes watching Gene’s feet as he tries to follow his steps. The skinny-as-a-rail singer was no hoofer, and Kelly had to teach him to dance, later chiding Sinatra that he made him look “adequate”. Frank gets his chance to shine in his solo singing efforts with that incredible phrasing of his, interpreting the aforementioned “I Fall in Love Too Easily”, “Brahm’s Lullaby” (sung to Stockwell at bedtime, which also puts Kelly to sleep!), “What Makes the Sun Set”, and “The Charm of You”, all of which no doubt had the bobbysoxers swooning in the aisles. 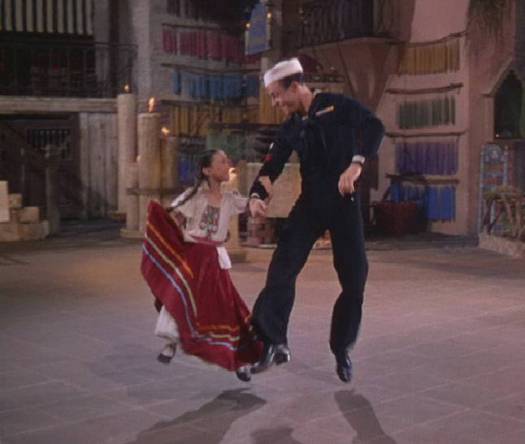 Gene Kelly and Stanley Donen choreographed all the dance numbers, and the success of this film led to the pair eventually co-directing such classics as SINGIN’ IN THE RAIN and AN AMERICAN IN PARIS. They’d met on Broadway when Kelly starred in PAL JOEY, and were reunited in Hollywood for his breakthrough in COVER GIRL. ANCHORS AWEIGH made them a force to be reckoned with at the movies. Gene’s athletic dancing in a number with Sharon McManus as a little beggar girl to “Las Ciapanecas” is a delight, and the fantasy “The Princess and the Bandit”, where he finally confesses his love for Grayson, is a marvelous precursor to the AMERICAN IN PARIS ballet.

But it’s for the sequence with Jerry Mouse that fans cherish most. Reportedly, Kelly and Donen approached Walt Disney with the idea of using Mickey Mouse as Kelly’s dance partner, but the cartoon giant turned them down flat. The duo then went to MGM’s own animation department, where producers William Hanna and Joseph Barbera were more than eager to take part in this joyful scene. Kelly visits little Dean Stockwell at his school, and enthralls the kids with a tale of how he once served “in the Pomeranian Navy” and brought laughter back to an animated fairy-tale land by teaching the King (Jerry) how to sing and dance. This whimsical set piece still holds up 71 years later , a true work of Hollywood art that hasn’t lost any of its charm:

Beautiful Kathryn Grayson’s operatic warbling has never been my cup of tea, but she’s more than okay as Aunt Susie, and I did enjoy her singing the Spanish-flavored “Jealousy” in a very well shot nightclub scene. Jose Iturbi’s flashing fingers on the piano uplift the standards “The Donkey Serenade” and Liszt’s “Hungarian Rhapsody” (performed by Iturbi and a battalion of young pianists at the Hollywood Bowl), and he brings humor and warmth to his small but pivotal role. A battalion of Familiar Faces is also on hand, including Pamela Britton as a waitress (from Brooklyn, of course!) with designs on Sinatra, Leon Ames , Henry Armetta, Bobby Barber, Steve Brodie, Chester Clute, Ralph Dunn, James Flavin, Billy Gilbert, Edgar Kennedy , Henry O’Neill, Milton Parsons, Rags Ragland , Renie Riano, and the entire United States Navy Band! With MGM, it was always go big or go home! 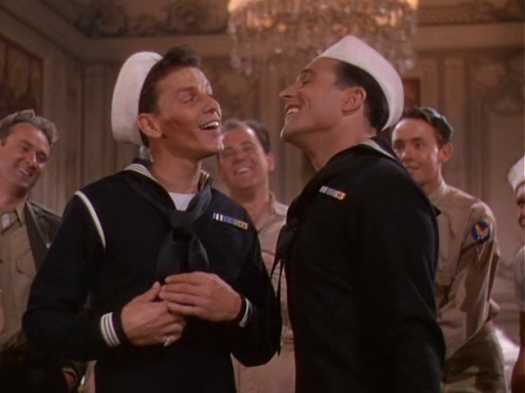 Director George Sidney pulls out all the stops in this lavish Technicolor marvel. Sidney started in MGM’s shorts department, most notably the OUR GANG series, before being promoted to features, and quickly became one of their top musical directors. His friendship with Hanna and Barbera helped secure their services for the Jerry Mouse segment, for which we can be forever grateful! Isobel Lennart’s screenplay doesn’t get in the way of the wonderful musical numbers, and has more than enough good jokes and quips to keep the viewer interested between the dancing and singing. ANCHORS AWEIGH is one of the great 40’s musicals from MGM’s dream factory, a film to be viewed and enjoyed over and over again. As they say in show biz, “Now THAT’S entertainment!”. 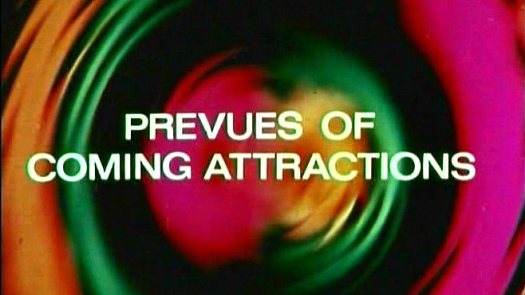 It’s been awhile since I’ve posted trailers for the week’s upcoming posts, but now that I’m (slightly) ahead on my writing schedule, here’s what’s in store this week (posts will be up Tuesdays/Thursdays/Saturdays!):