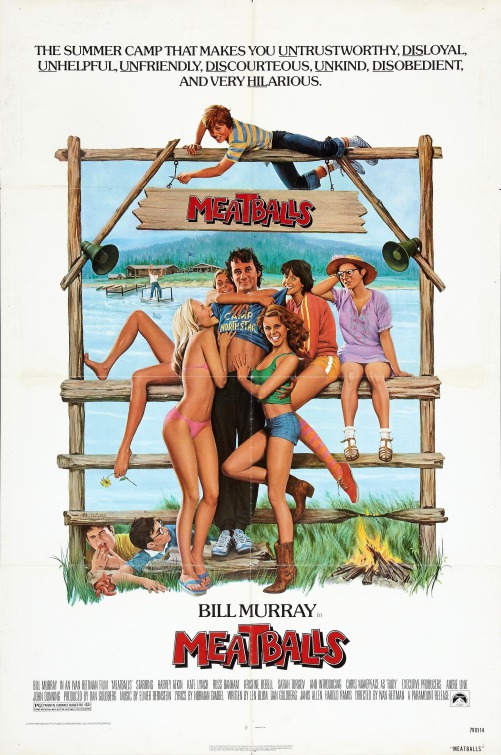 Summer is finally here, so what better way to celebrate than with a summer movie starring Bill Murray!  Bill had joined the cast of SATURDAY NIGHT LIVE in 1979 (back when it was actually funny) and quickly became a fan favorite with his smarmy, snarky persona and silly characterizations. After the film success of John Belushi, it was only natural for Hollywood to come calling, right? Wrong, bucko… it was Canada that lured Bill for his first starring vehicle, the oh-so-70’s teen comedy MEATBALLS! Yeah, you heard right, ’twas the Great White North that plucked Bill away from being “Live from New York” to a location shoot at good ol’ Camp White Pines in the wilds of Ontario.

Bill’s fellow ‘Second City’ alumnus Harold Ramis (or as he was called in SCTV’s credits, ‘Ha-Harold Ramis’!) was a cowriter of the screenplay, beginning a long string of movie collaborations between the two (STRIPES, CADDYSHACK,  GHOSTBUSTERS I & II). It’s director is Ivan Reitman, who produced Belushi’s smash NATIONAL LAMPOON’S ANIMAL HOUSE, a film from which MEATBALLS derives much of its anarchic spirit, minus much of the raunch, though sex is still a pervading theme (hey, it’s a 70’s teen comedy, whaddaya want?). 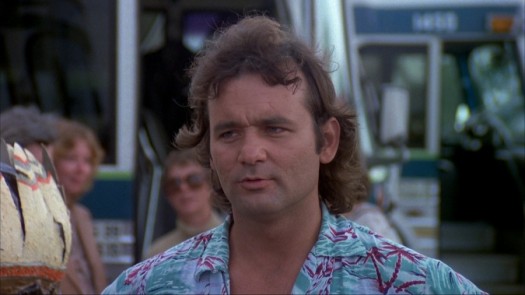 Bill is Tripper Harrison, the smart-assed senior member of rundown Camp North Star, in charge of the CIT’s (that’s counselors-in-training). Tripper has the hots for his female counterpart Roxanne (Kate Lynch), but she’s turned off by his amorous attempts. He takes new camper Rudy (Chris Makepeace, MY BODYGUARD), a shy kid shunned by the other campers, under his wing, and the relationship between Rudy and Tripper is kinda sweet, in a nutty-Bill-Murray sort of way. 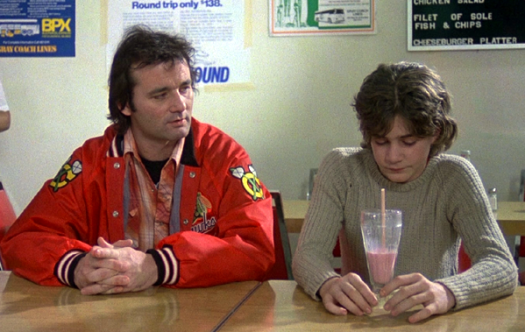 Rival Camp Mohawk is full of snotty rich kids, and they’ve beaten Camp North Star at the annual Olympiad the last twelve years. This time around, things are going much the same, until Tripper gives a rousing, non-sequitur filled speech (like Belushi in ANIMAL HOUSE) to rally the troops. After some chicanery, the score’s close, and Rudy ends up sacking the quarterback… wait, wrong Rudy… he wins the marathon race to lead Camp North Star to victory! 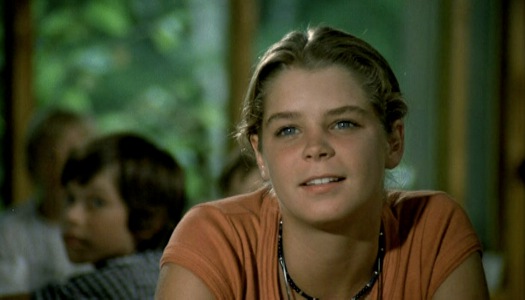 MEATBALLS is populated by the usual stereotyped characters you find in these films. There’s the nerdy Spaz (complete with taped glasses and a pocket protector), chubby Fink (who wins the hot dog eating contest), studly Crockett, and perennially put-upon camp director Morty. A special shout-out goes to sexy Kristine DeBell as knockout A.L. Kristine starred in the X-Rated musical spoof ALICE IN WONDERLAND (1976) at age 22, and appeared in I WANNA HOLD YOUR HAND, Paul Mazursky’s WILLIE AND PHIL, THE BIG BRAWL (as Jackie Chan’s girlfriend), and TAG: THE ASSASSINATION GAME. She’s gained somewhat of a cult following for her roles, and is fondly remembered by fandom. 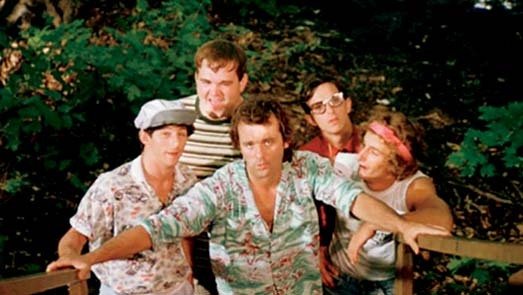 The music score is by Elmer Bernstein. Yes, THAT Elmer Bernstein, of THE MAGNIFICENT SEVEN fame. He also cowrote the goofy disco-flavored theme song, with Rick Dees (of “Disco Duck” and SOLID GOLD fame). David Naughton’s one hit wonder “Makin’ It” can also be heard in the movie – though why anyone would want to is a mystery to me! Pop singer Mary MacGregor (“Torn Between Two Lovers”) contributes the sappy “Good Friends”.

MEATBALLS is perfect fare for a summer’s eve, a silly but sweet comedy that showcases Bill Murray’s zaniness. Like most teen comedies of the era, it won’t tax your brain, and though not nearly as outrageous as ANIMAL HOUSE, you’ll get some chuckles out of it. Now, for all you angry David Naughton fans, here’s “Makin’ It”. Excuse me while I leave the room. Happy summer, everybody!: