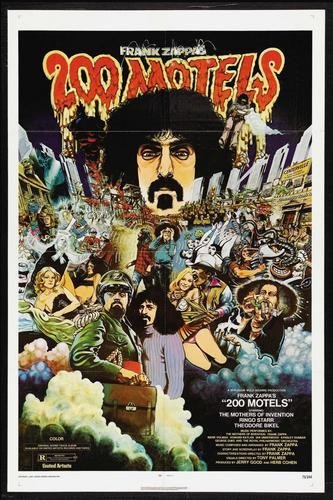 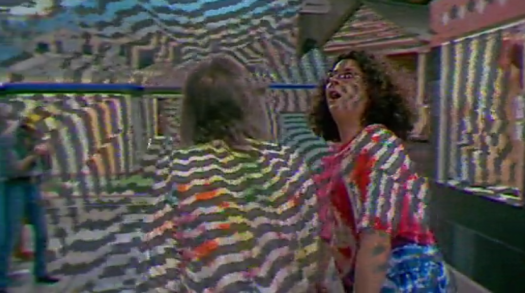 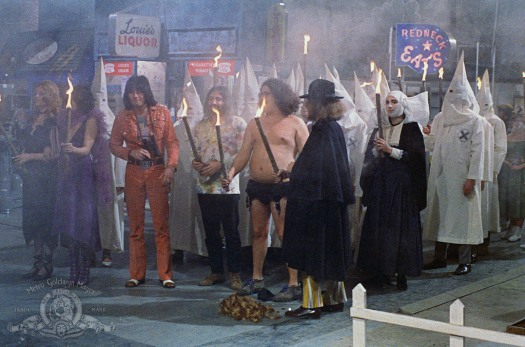 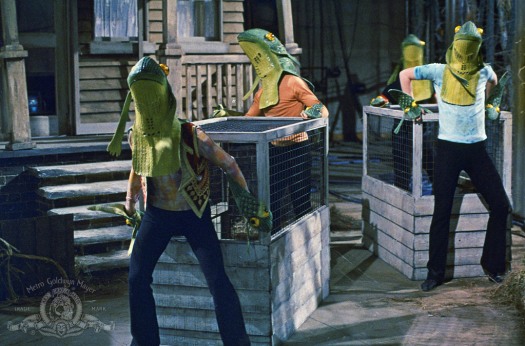 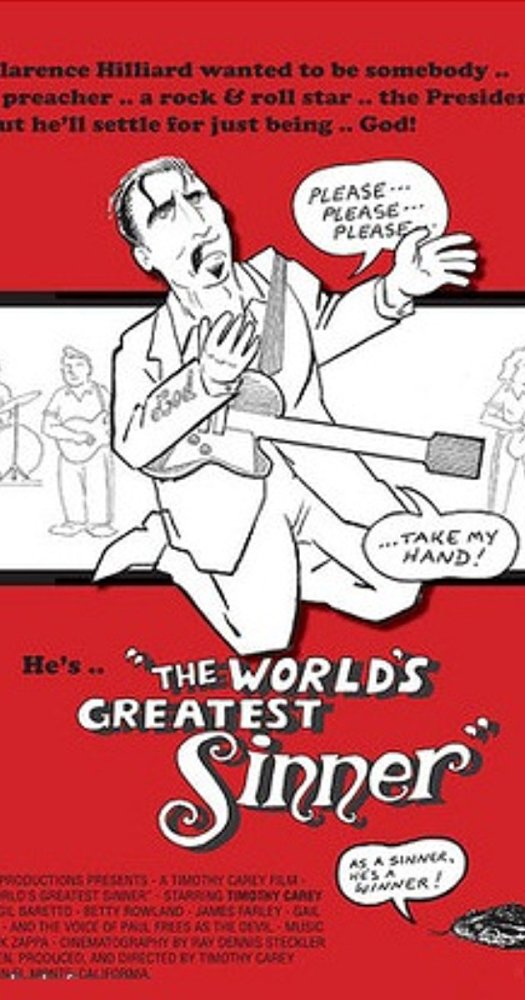 Timothy Agoglia Carey (1929-1994) was an eccentric, oddball actor who played in everything from early Stanley Kubrick films (THE KILLING, PATHS OF GLORY) to AIP Beach Party romps (BIKINI BEACH, BEACH BLANKET BINGO ). He had the look of an overfed vampire, and was noted for his off-the-wall characterizations. Carey didn’t play the Hollywood game, considering himself an artist, and you’ve got to admire that. In 1962, he made a film called THE WORLD’S GREATEST SINNER, which he produced, directed, wrote, starred in, and released himself. Top THAT, Orson Welles!. 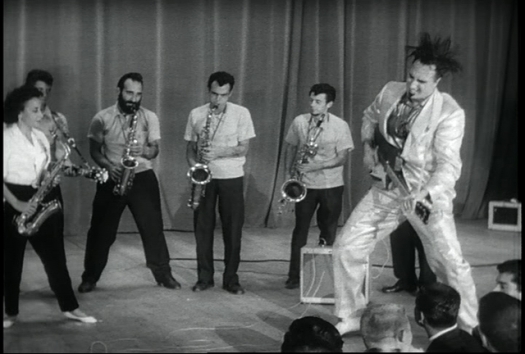 This ultra-low-budget film is totally bizarre right off the rip. Insurance man Clarence Hilliard (Carey) gets himself fired from his job after telling people they don’t need insurance. He wants more out of life, believing man is a superbeing, and begins to set himself up as a God. After watching a rock’n’roll teen idol, Clarence becomes a charismatic, guitar-toting, fiery evangelist, renaming himself ‘God’ Hilliard. Gaining a following, he makes a deal with The Devil and joins the political fray, campaigning for president! 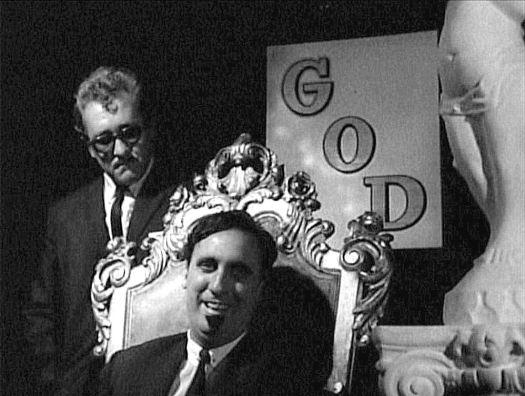 ‘God’ Hilliard mesmerizes the masses with his rhetoric, delivering a populist message “for the people” to become Gods themselves, blasting the crooked two-party system, and deriding the news media as “printing lies” (sound familiar?). ‘God’ Hilliard rails against everything, including The Almighty, questioning the existence of God. His final desecration of the Holy Eucharist (which will definitely offend some) gives way to a rather shocking finale.

THE WORLD’S GREATEST SINNER is shot in a cinema verite style, much like the later films of Carey’s good friend John Cassavetes. But Carey adds his own unique vision, “borrowing” from the foreign films of the day. It’s not a great movie, or a particularly good one far as film aesthetics go, but it held my interest straight through til the end. I can’t say that about some of the so-called “classics” I’ve seen (or even clunkers). Carey gave his all for his art here, and created an interesting, thought-provoking film with limited resources, the mark of a true artist.

There’s some interesting bits of trivia, as well. The score is by Frank Zappa , five years before making the scene with The Mothers of Invention’s seminal psychedelic album FREAK-OUT. Zappa’s distinct musical touch was unmistakable, even back then. The narrator is Paul Frees , well-known voiceover artist who I’ve discussed before. And the cinematographer is credited to one Raymond Steckler, better known as Ray Dennis Steckler (or Cash Flagg, or Wolfgang Schmidt or Cindy Lou Sutters!), who went on to develop his own “artistic vision” with the cult classics THE INCREDIBLY STRANGE CREATURES WHO STOPPED LIVING AND BECAME CRAZY MIXED-UP ZOMBIES and THE THRILL SEEKERS. 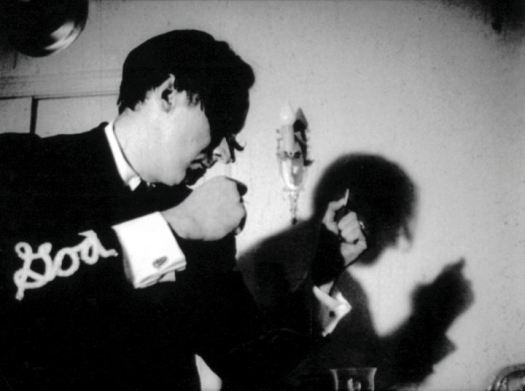 THE WORLD’S GREATEST SINNER will not be for everyone’s tastes. It’s below low-budget, sleazy, blasphemous, and like it’s creator completely off-center. Those of you who crave something bold and different will be as mesmerized by Carey’s ‘God’ Hilliard as I was. The oddball auteur later made another solo effort, 1970’s TWEET’S LADIES OF PASADENA. If it’s anywhere near THE WORLD’S GREATEST SINNER, it will be worth watching!