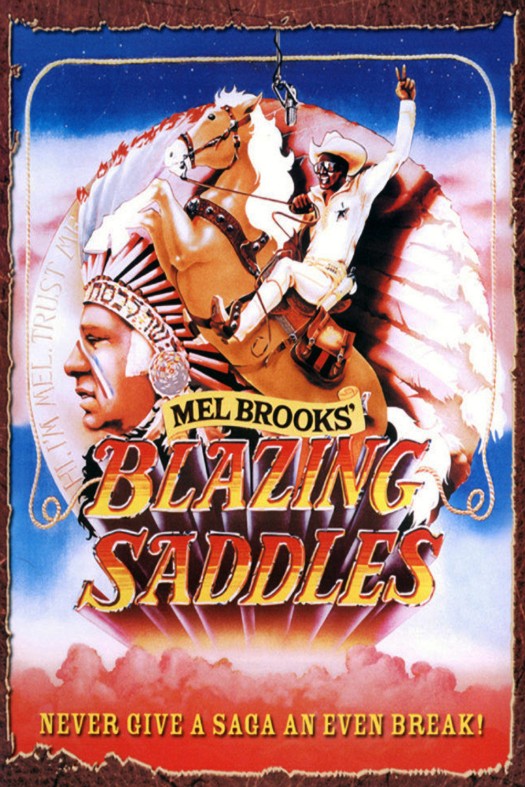 So last night I tried watching Seth MacFarlane’s A MILLION WAYS TO DIE IN THE WEST. At about the twenty minute mark, I came to the conclusion the film totally sucked, and deleted it from the DVR. I was still in the mood for some Western comedy though, and fortunately I had Mel Brooks’ BLAZING SADDLES in the queue and ready to roll. BLAZING SADDLES never fails to make me laugh out loud no matter how many times I watch it. Nobody does fart jokes like Mel Brooks: 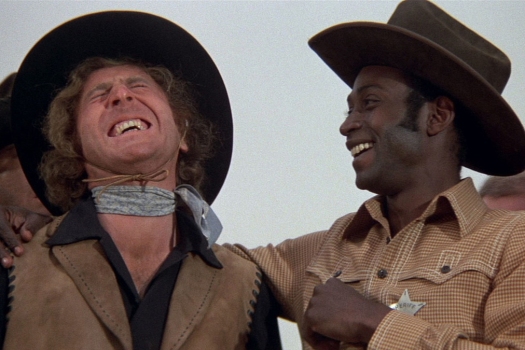 The story revolves around Cleavon Little as Bart, a black man appointed sheriff of Rock Ridge by Governor LePetomane (Google it!). This doesn’t go over well with the God-fearin’ town citizens, since Bart is black, and they’re a bunch of redneck racists. It’s all a scheme by the Gov’s crooked Attorney General Hedy Lamarr…oops, that’s HEDLEY!  You see, Hedy (err, Hedley) knows the railroad is going to go through Rock Ridge and wants to drive the townsfolk out so he can buy up all the land. No one stands by Bart’s side except The Waco Kid (Gene Wilder), formerly the fastest gun in the West, now a broken down drunkard.

Hedy (ahem, Hedley!) sends Mongo, the meanest man in the West, to terrorize Rock Ridge and get rid of Bart. Unfortunately, Mongo has a brain the size of a pea, and is easily outwitted by Bart. So the devious Hedy (THAT’S HEDLEY!) sends his ace in the hole, German chanteuse Lily Von Schtupp to seduce him. The tables are turned when Lily finds out just how “gifted” Bart is! Finally, the most dastardly villains of the West are assembled, “an army of…rustlers, cutthroats, murderers, bounty hunters…muggers, buggerers, horse thieves, bull dykes”  to raid Rock Ridge and kill everyone in sight! The grand finale breaks the fourth wall as a wild and wooly slapstick melee ends up going through the Warner Brothers lot!

Little is a riot as Bart, his cartoonish antics making him a black Bugs Bunny come to life. Wilder gives a sly performance as The Waco Kid, and Harvey Korman is hysterical as the fiendish Hedley Lamarr (whom everyone calls Hedy in a running joke). Western vet Slim Pickens is funny too, as Hedley’s lunkheaded henchman Taggart. Madeline Kahn does her best Marlene Dietrich impression as Lily Von Schtupp, with the pronunciation of Elmer Fudd. Her song, “I’m Tired”, is one of many highlights. Football legend Alex Karras plays the hulking Mongo as an overgrown kid, while John Hillerman, David Huddleston, George Furth, and Dom DeLuise also add to the fun.

Mel Brooks directed and had a hand in the screenplay, as well as playing three roles (The Gov, a Yiddish speaking Indian, and one of Lily’s Prussian back-up dancers). Like any Mel Brooks comedy, there’s enough here to offend everybody:  racist humor, politically incorrect gags, sexual innuendo, slapstick tomfoolery, plus lots of Hollywood in-jokes to savor in this no-holds-barred comedy classic. When it comes to spoofing the Western genre, sorry Seth, but Make Mine Mel! I’ll give the last word to that prairie philosopher, Mongo: